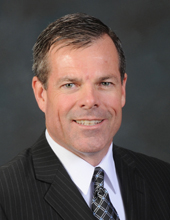 The Los Angeles County Sheriff’s Department has named Kelly Harrington head of the Sheriff’s Department’s Custody Operations. Harrington brings a wealth of experience in promoting and sustaining improvements in the corrections field. He was appointed director of the Division of Adult Institutions in CDCR in June 2015, having served as acting director since December 2014. Before that, he was appointed deputy director of facility operations in November 2013, prior to which he served as associate director of the High Security Mission. Harrington was warden at Kern Valley State Prison from 2008 to 2010, and held multiple positions at Wasco State Prison from 2003 to 2008, including chief deputy warden, associate warden, facility captain, and classification and parole representative. In 2015, Harrington was appointed to serve on the Commission of Accreditation for Corrections (CAC), American Correctional Association (ACA). He attended California State University, Bakersfield and graduated with a Bachelor of Arts in criminal justice.