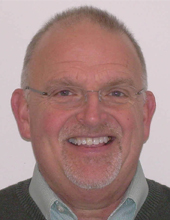 Scott Frakes, the director of the Nebraska Department of Correctional Services, announced Thursday that Brad Hansen will serve as the new warden for the high-security Tecumseh State Correctional Facility. Hansen replaces Brian Gage, who had led the facility since April 2013. Hansen began his correctional career as a corrections officer in 1977, working at both the Lincoln Correctional Center and old Men’s Reformatory before being named a unit administrator at the Nebraska State Penitentiary. He moved into an administrative role in 2001 and was the department’s emergency management supervisor until 2013, where he developed a preparedness initiative as well as the criminal investigator and K-9 programs.