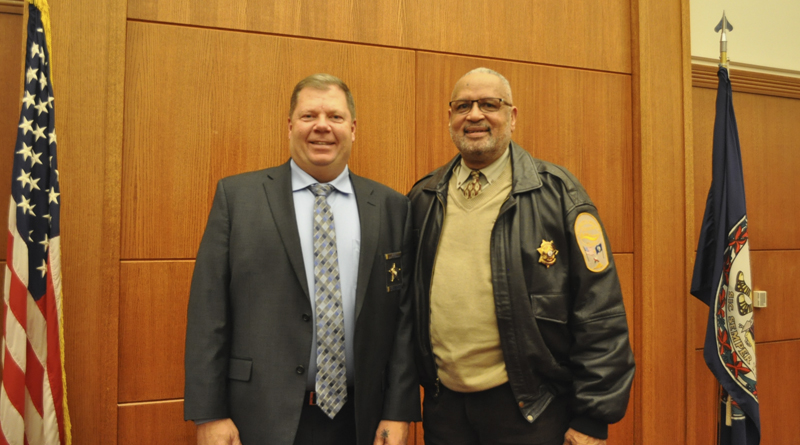 RICHMOND, Va. — On Dec. 12, Virginia Gov. Terry McAuliffe announced funding awards for pilot programs in six commonwealth jails. The grants will provide expanded services to individuals in the criminal justice system with mental illness. The Governor’s Task Force on Improving Mental Health Services and Crisis Response proposed the mental health pilot projects as a means of establishing evidence-based behavioral health services in local and regional jails, according to a statement issued by the governor’s office.

“It is imperative that individuals requiring mental health services receive the proper care from the state, especially in situations where the person is incarcerated,” Gov. McAuliffe said in the statement.

Grants appropriated to the Department of Criminal Justice Services (DCJS) will improve the services and accountability of judicial facilities and ultimately safeguard the wellbeing of detained individuals requiring mental healthcare. “We will continue to look for innovative solutions and pilot programs to better equip our judicial system and law enforcement to handle mental health needs and better crisis interventions,” McAuliffe added.

Secretary of Public Safety and Homeland Security Brian Moran said in a statement that the grant money would provide a robust and comprehensive continuum of care for individuals with mental illness transitioning into and out of the state’s jails.

“To ensure they receive proper treatment and safely transition into the community requires close cooperation between the jails and local mental health and behavioral health providers. Through these pilot programs, best practices will be developed to improve our services and facilities,” Moran said in a statement.
The Richmond City Sheriff’s Office, led by Sheriff C.T. Woody, Jr., and the Chesterfield County Sheriff’s Office, under the leadership of Sheriff Karl Leonard, were each awarded a pilot program grant for their respective agencies. Both have made drug addiction recovery — as well as the need to address the mentally ill who are incarcerated — central missions in their jails, according to a joint statement.

Sheriff Woody explained that after a person with a mental-health diagnosis commits a crime, there is often no other place for them to go, either because beds at local mental health facilities are full, or because the individual has no family that can provide adequate care.

“I have always said jail is no place for the mentally ill,” Woody said in the joint statement. “We have worked with what funding we’ve had to do what we can for [mentally ill inmates], but it’s difficult to give them the quality of care that they deserve. This pilot program will allow us to hire trained, effective staff that will be dedicated solely to these individuals, both while they are incarcerated and also after release.”

Sheriff Leonard was also hopeful about the grant. “This is an at-risk population that suffers greatly when they don’t receive the care they need, and I am happy that we will be able to provide that care to those individuals in our facility or are mentally ill or low functioning,” he said in a statement.

The first few months of the grant will include a planning process, followed by implementation. The state General Assembly appropriated $1 million for projects for the period of Jan. 1, 2017, through June 30, 2017, with another $2.5 million beginning on July 1, 2017 and ending July 1, 2018.

DCJS will report on the implementation and effectiveness of the pilot programs in October 2017 and October 2018.