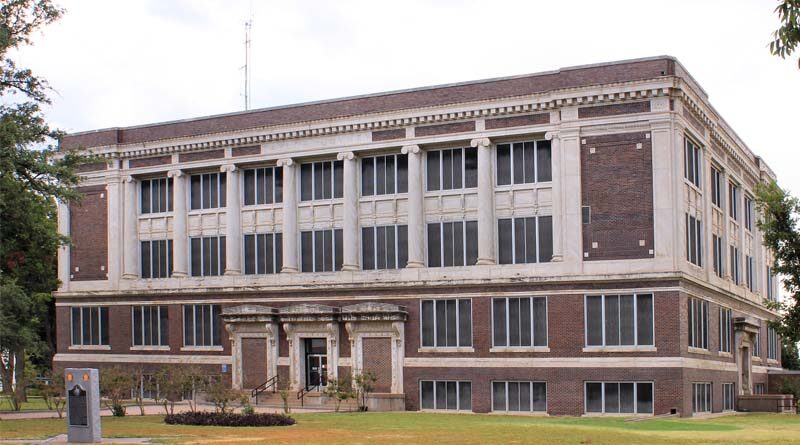 TAYLOR COUNTY, Texas— A $5.98 million grant from the Texas Historical Commission was accepted recently by county commissioners to renovate the 1915 Taylor County Courthouse.

Taylor County Judge Downing Bolls said, in a statement, that competition for the grant was rigorous with the Historical Commission noting that out of 21 applications, it selected three major construction projects, two emergency projects and four planning projects.

The Commission said that the grant would help the county revitalize a historic part of the county, bolster pride through the “restoration of a treasured landmark” and create a “safer, more functional building.”

Last year, commissioners moved into the historic Courthouse following the creation of a Child Protective Services court in their former meeting place at 300 Oak Street. Commissioner Chuck Statler said moving the court to the 1915 Courthouse at 301 Oak Street—from its original location at 300 Oak Street—helped bump the project up the Historical Commissions’ priority list.

Judge Bolls added that the work toward this grant acceptance began nearly 20 years ago, when the county submitted its first master plan for the courthouse. Reading from a letter he sent to the commission, he said, “They believed then what we still believe today. That history is important, and what we fail to learn from our history can greatly impact where we are headed as a county today and tomorrow. This county’s historic courthouse ties together our past, our present and our future.”

The courthouse serves as an “active courthouse” and serves as a public space around a growing, centralized business core in the form of the city’s developing SoDA District.

“In that regard, it really is connecting the past with the future,” explained Bolls. “Despite its outward appearances and internal creaks, the work of this county and the importance of our historic courthouse today is no less important than the day it was dedicated.”

Architexas Architecture, Planning and Historic Preservation, Inc. has been hired to update the master plan. Taylor County Administrative Assistant Tamra Lewis said an updated materials cost for the full restoration of the project will be slightly over $14 million.

“The balance of that (minus the grant) would be $9 million that the county would need to complete the full restoration of the proposed plans provided by the architect,” she added.

Plumbing and electrical work, a new HVAC system, new windows, and a new elevator are needed, as is work on the building’s interior fire stairwell and front entrance for those with disabilities.

Restoration of the two-story District Courtroom is another major component. The exterior stonework will need to be cleaned, and new sidewalks, new landscaping, underground electrical work, and removal of the parking lot behind the courthouse are also part of the project.

This building—an example of Classical Revival design—is three stories and encircled by Ionic columns. Designed by George Burnett of Waco, the 1915 Courthouse was listed in the National Register of Historic Places in 1992.

Said Judge Bolls, “This courthouse will be a collecting place for people not only during the daytime, but after hours. It’ll have green space around it and will have benches. The outside appearance of this courthouse and the inside appearance will go back to the way it looked in 1915. It’s going to be a real treasure for the community. We’re very excited about it.”