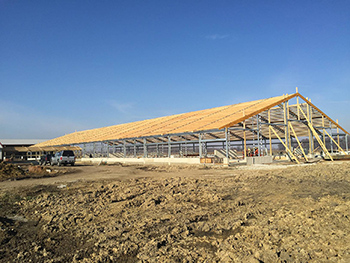 COLUMBUS, Ohio — Ten prison farms across Ohio may soon close as part of a state plan to sell the properties and devote the proceeds to inmate employment and rehabilitation programs, Director of the Ohio Department of Rehabilitation and Corrections Gary Mohr told the Associated Press last month. The move to close the facilities and liquidate all assets prompted the Ohio Civil Service Employees Association (OCSEA) to seek an injunction.

Mohr told the Associated Press that closing the facilities, which together comprise roughly 7,000 acres of farmland, was necessary as the farms pose a high security risk due to contraband. He also noted that training inmates in farming methods does not prepare them for today’s workforce.

In a statement issued by the OCSEA, the group said the closures would affect 56 members who serve as farm coordinators. The organization is seeking an injunction in an effort to protect the rights of the affected employees the union represents, according to a statement. Under the OCSEA collective bargaining agreement with the state, the state is required to give appropriate notice and to bargain with the union when a closure is announced. In addition, it must provide the union with a rationale for the closure, which union leaders claim did not happen. Instead, Department of Rehabilitation and Corrections management told leaders of OCSEA they would be phasing out most farm production by the end of 2016, according to the OCSEA.

A judge earlier this month approved an expedited hearing on the preliminary injunction for May 27 that would temporarily halt the closures. That hearing has since been moved to June 16 at the request of the state’s Attorney General. In the meantime the union has organized protests at five farm locations.

Ohio’s prison system has maintained the farms for more than a century, and in 2015 invested approximately $9 million in the construction of new facilities at the London and Marion Correctional Institutions that were projected to triple meat and dairy production. The farm programs have also served to teach inmates various job skills such as heavy machinery operation, welding, driving large vehicles, repairing equipment and using a variety of farm tools, according to an OCSEA statement. Additionally, crops are grown to help supply food to local food banks and the OCSEA noted that the Ohio State University School of Veterinary Medicine, which uses the farms for education purposes, will also be affected.

The OCSEA statement called the move to sell “disappointing but not surprising,” and pointed to the potential influence of private food lobbyists and prison food service contractor Aramark, who the group says has expressed wishes to rely more on packaged products that will not spoil. “Aramark has also complained of a contract provision that requires them to purchase milk and beef from Ohio Prison Industries,” the OCSEA statement claimed.

“Unfortunately, we believe the impetus for this change is purely political. It has nothing to do with [the Department of Rehabilitation and Corrections] core mission of recidivism or safety. This is about dollars and cents for corporate interests,” said OCSEA President Chris Mabe in a statement. “This is clearly a give-away to powerful corporations that will hurt not only [the Department of Rehabilitation and Corrections] mission of meaningful inmate programming but will further destabilize our operations.”