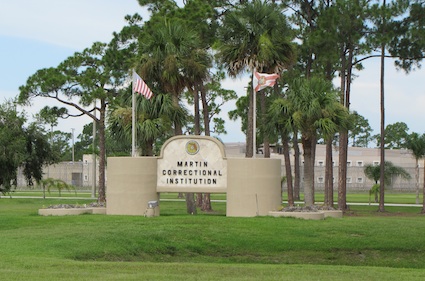 Making major infrastructure upgrades to multiple-location facilities with the goal of reducing environmental impact — while saving energy, water and money — is a huge challenge. The level of security required to make these kinds of modifications in a correctional setting — especially when agency budgets are stretched, inmate populations are growing and staff reductions have taken their toll — can make the task seem almost impossible.

Like many states, Florida is challenging itself to find ways to do more with less. The state’s Department of Corrections wanted to take advantage of water- and energy-saving technologies as it upgraded its correctional institutions, but it wanted to do so without compromising security, unnecessarily disrupting inmate populations or shutting facilities down for extended periods.

Through a partnership between the Florida DC and FPL Services LLC (FPLS), 18 major and 25 smaller facilities, comprising approximately 6,000,000 square feet, will be upgraded through a multiphase project that began in 2002 and will reach completion in October 2011. Because the massive project was undertaken using a financing vehicle called an “energy savings performance contract,” no capital appropriations were required by the state.

Working together, FPLS and the Florida DC created an energy master plan that would stretch across all the phases of the project. This made it possible for FPLS to guarantee savings of more than $4.5 million a year over the term of the contract. Since 2002, the guarantee has been exceeded by an average of 8 percent annually, which will result in additional savings of more than $14 million for the state of Florida. In all, the savings that will result from renovations of approximately half of the state’s correctional facilities are expected to surpass $55 million.

Although construction activities covered by the current contract will end this year, annual savings are guaranteed through 2025.

“The significant upgrades to our facilities were made possible by the energy savings performance contract and the public-private relationship between the Florida DC and FPLS,” said Gretl Plessinger, director of public affairs for the Florida DC. “In terms of energy conservation and security, it’s a ‘win-win’ for the state, the DC and employees of the agency.“

Under a performance contract, the general contractor facilitates financing for a governmental or municipal project through a third party, with the energy and maintenance savings designed to more than pay for the capital costs of the improvements. One of the particular benefits of a performance contract is that it can create positive cash flow from day one. This requires a detailed analysis of current electricity, gas and water usage, comprehensive energy modeling to project future needs and rigorous benchmarking to ensure that all goals are being met at each phase. A performance contract stipulates that if projected savings are not delivered the contractor covers the shortfall. Teamwork among all parties has been so effective that FPLS, with 20 years of experience executing work covered by performance contracts, has never missed a savings target.

Comprehensive engineering design was only one key element in the Florida DOC performance contract project. In addition to the detailed planning of all physical construction and renovation work, the development of project-specific electric, gas and water rate structures helped to virtually eliminate financial risk to the agency.

The physical modifications made across the state’s facilities included the installation of high-efficiency T8 fluorescent lighting; water fixture upgrades; water conservation and control measures; higher-efficiency HVAC systems; more accurate electrical distribution, load control and metering; and the replacement of aging steam systems used for laundry and cooking with natural gas or electric appliances. In addition, the project incorporated elements of the Leadership in Energy and Environmental Design (LEED) green building certification system. It featured traditional and renewable technologies, including solar, with the opportunity to incorporate other alternative sources of energy, including biofuel, geothermal and wind, in the future.

The project covered areas for an inmate population as well as facilities housing agency staff. In the inmate-occupied areas, design and construction teams worked closely with DOC operations personnel to coordinate activities around regularly scheduled functions, such as meals and inspections.

All subcontractors were interviewed and prescreened by FPLS prior to undergoing full background checks conducted by the Florida DOC. This process helped to make sure that every subcontractor on the job was an appropriate fit and reduced turnover of staff and companies. The teams worked fewer, but longer, shifts in order to reduce the frequency of site access. A “one tool in, one tool out” inventory system, complete with carts fitted with a specific, marked place for every tool, ensured that nothing got left behind.

“Security is paramount when any outside contractors work within DOC facilities,“ said Plessinger. “We worked closely with FPLS at the agency level and with staff at specific facilities to minimize downtime and ensure security in all areas under renovation. In 10 years of construction, there were no security issues.”

The project also created nearly 400 jobs for local businesses, most of which were smaller, minority- or women-owned companies.

Water conservation measures and the elimination of steam boilers and kettles produced some of the more significant savings.

With the introduction of low-flow, limited-flush toilets, flow restrictors on showerheads and sink diffusers and other water usage control systems, water conservation accounted for over 62 percent of the total savings for the program. One site, the Martin Correctional Institute, saved over 100,000 gallons of water per day. The combined water savings are projected to exceed 90 million gallons per year. Reducing water consumption, sometimes by as much as 50 percent, has made it possible for some facilities to accommodate a larger inmate population without making additional major modifications to on-site treatment facilities.

An additional benefit of the upgrades was the reduction of maintenance and repair costs.

Water control systems give facility staff control over the number of flushes per hour by inmates, making it nearly impossible to flush bed sheets, contraband or other items. Tamper-proof, timer-controlled lavatory and shower controls were also installed as part of the project.

New light controls, featuring a recessed touch-bolt instead of an external switch, are much less prone to intentional vandalism and accidental damage. The cost of a new, single-switch, vandal-proof light control unit is only about $15, compared to more than the older multi-switches, which cost $100 to install or replace.

By making water and electric fixtures easier for staff to control and more difficult to abuse, serious damage is prevented, and routine repairs are proving more infrequent and less costly.

The conversion from central steam generation to the use of more localized electric or natural-gas-fired water heaters, dryers and cooking appliances also produced significant savings. State and local budgets for repairs to the aging steam-generating systems, including leaking or deteriorated distribution piping, had been drastically reduced or eliminated in the past decade, making upkeep a difficult and sometimes dangerous proposition. The old systems needed annual state inspections and specially trained operators, limitations that the newer appliances do not have. The elimination of central steam boilers was responsible for about 20 percent of the overall savings generated by the project, but the reduced maintenance and operating costs are expected to help the Florida DOC capture even more savings over the life of the new systems.

Further savings came from a reuse/recycle program. Light fixtures, bulbs and other products were harvested by FPLS from facilities under renovation and sent to buildings that were not yet being upgraded. The lighting system reuse program alone is estimated to have saved over $250,000 in maintenance and supply costs, while reducing the amount of waste being sent to recycling centers or landfills.

Many of the nation’s correctional institutions are aging and less efficient than they could be. Energy savings performance contracting can be an effective way to save resources and insulate against ever-increasing operating, maintenance and energy costs, says Daniel Hedrick, management review specialist with Florida’s Department of Management Services. Hedrick oversees performance contract projects for the state.

“The multiple phases of energy savings performance contracting with FPLS have made it possible for the Florida Department of Corrections to make significant upgrades to their facilities without capital appropriations,” Hedrick said. “The Department of Corrections is one of the leading Florida state agencies in the application of this process and serves as a model that could work well for other state agencies.”