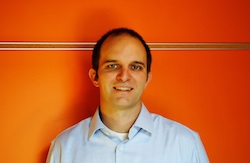 Telerus is making jail operations a little easier for facility staff and for those who have a loved one in jail.

The company recently made its Automated Information Service available on a stand-alone basis for low monthly fees that are affordable for jails of all sizes. AIS, the country’s only hosted voice automation service for jails, automates approximately 80 percent of incoming telephone calls, resulting in a dramatic improvement to citizen service, as well as reduced costs, according to Telerus.

With many jails averaging more than half a call per inmate per day, call volumes accumulate rapidly, and few facilities have enough staff to answer calls on a timely basis, says Telerus. Because the calls are largely repetitive and seldom require critical thinking and subjective determinations, many can be offloaded to an automated system that can provide callers with inmate-specific information, such as charges, bonds, court dates, projected release dates and visitation policies. Staff members are then free to focus on other tasks.

With a background in interactive voice response technology, Ted Radey co-founded Telerus five years ago with a local deputy sheriff. After discussing the number and nature of calls coming into jails, they decided to combine their expertise to bring IVR technology to the jail market. IVR, short for Interactive Voice Response, is a technology that automates interactions with telephone callers.

Radey, who had previously worked with governmental agencies to install IVR technology, says he was “astounded to learn IVR hadn’t proliferated among jails.”

“Historically, it has been complicated and expensive,” he said. Five to 10 years ago, IVRs were installed at the facility itself, increasing operational costs and complexity, but Radey says, “The cloud is changing the landscape. Prices are coming down dramatically, and it’s getting easier. We can turn the service up in a few weeks, and there is not nearly the level of commitment once required.”

AIS achieves automation rates of more than 80 percent by allowing callers to speak the name of an inmate or type information desired in English or Spanish. The system has a transfer threshold of three, meaning that if a caller gets stuck on any menu three times, they are automatically transferred to a live staff member. “We could have raised the [transfer rate] to five to raise the automation rate, but citizens would have been frustrated, while lowering the rate would have lowered the automation rate as well as the benefits to staff,” said Radey. “We found that three times is a good balance,” he added.

AIS works by obtaining information from a jail management system through an FTP stream over the Internet, which minimizes the dependence on jail staff. After callers speak an inmate’s name, the system plays information about him or her — such as bond amounts and types, scheduled court dates and projected release dates. Callers dial the same local number they have always dialed, but they reach the AIS system instead of the facility.

“Our philosophy is that people are too precious to answer the same question over and over,” said Radey. “The idea is that [AIS will allow] the facility to save people for the really complex stuff.”

Less common options include inmate identification numbers callers can use when sending mail to inmates and support for detainers and other agencies.

General information about facilities, such as location and directions, common routes, property policies, how to send mail, money, medications and prescriptions, are also available on the AIS system.

System implementation is generally targeted to about 60 days, although Radey says it can be done much faster, depending on a facility’s ambition. Telerus had one jail’s system up and running in 18 days.

The company has 85 jails under contract, ranging from 50-bed jails to facilities with thousands of beds.

When implementing the system, Telerus first surveys a facility’s operations to determine a feature set, and then decides the best means for extracting data from its files to support that set. It then establishes an FTP stream over the Internet between the facility and Telerus’s Denver-area data center, consults with the facility on general information scripts, conducts user testing and finally schedules a go-live date. Calls can be forwarded from the facility to the company’s data center, or the facility can allow Telerus to receive calls directly on the facility’s phone number.

“It is dramatically cheaper,” said Radey. “If you have a 1,000-bed jail, you receive about 500 calls per day. With AIS, you can automate 80 percent of those incoming calls. We would expect to save them the equivalent of at least five full-time employees.”

Radey says customers have told him that AIS relieved their jails’ staffing woes and improved accuracy in booking rooms. One booking manager even said that the public trusts AIS more than the staff because callers feel information that comes from the system is the “final word.”

“Our belief is that IVR will become standard technology at most jails,” said Radey. “Lots of smaller jails couldn’t touch this technology a few years ago, but it allows you to operate more effectively while providing improved citizen service.”