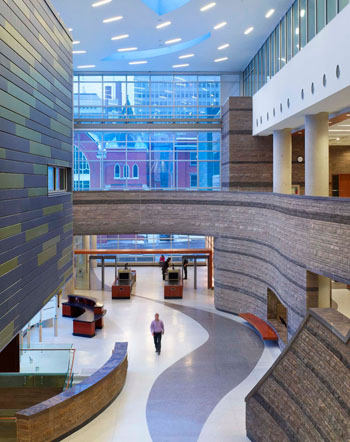 WASHINGTON — The American Institute of Architects (AIA) recently announced its 2013 Justice Facilities Review (JFR) winners (citations) and published projects. The projects were judged on best practices in planning and design for justice architecture, as well as how the design positively influenced its occupants.

The projects were reviewed and awarded by the JFR jury, which consists of architects and professionals in the fields of courts, detention, corrections and law enforcement. The awards include citations, the highest honor, as well as other standout projects selected to be published in the JFR 2013 publication The winning projects will be featured throughout the year in the AAJ Journal and project boards highlighting the projects will be on display at the AIA National Convention and Exposition and at the American Correctional Association, American Jail Association and the National Association of Court Management.

This year, four projects stood out above the rest and received citations. The projects are located throughout the U.S. and Canada and showcase exemplary design strategies.

Waterloo Region Courthouse
The Waterloo Region Courthouse in Toronto delivers on contextual design and its deliberate use of décor and design gives occupants the necessary wayfinding cues in the facility. NORR Limited Architects and Engineers, based in Toronto, designed the unique and inviting space. The jury noted several design strategies they particularly favored, including the design of seating for outside the family courtrooms, which are sectioned in small groups with screens to provide separation between incompatible visitors. 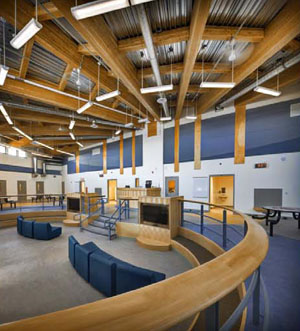 The Rankin Inlet Healing Facility in Nunavut Territory, Canada, is in a remote area of Canada and pays special tribute to local materials in its design. The 30,300-square-foot facility, designed by Toronto-based Parkin Architects took 32 months to complete and opened in February 2012. The jury was impressed with the progressive approach of this facility and its ability to connect the community to the facility. Robert Boarks, principal at Parkin Architects, design firm on the project, said that welcoming the community into the facility was a major component in the project and by doing that “facilitated the healing process for community members and inmates.” Given the project’s location, a major challenge in the design was the fact that all materials had to be barged in and exterior work was limited for many months due to the cold and dark climate, according to Boarks.

The Richard E. Arnason Justice Center in Pittsburg, Calif., designed by San Francisco-based architects, HOK, was credited for its site planning, layout and design materials. In a draft of the jury notes, the jury praised the building’s warmth, sense of openness and the use of natural light throughout. Even the courtrooms have an abundance of natural daylight, as the design team incorporated skylights or high windows that would allow such light without disturbing privacy of the courtroom proceedings. 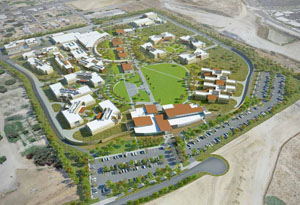 The San Diego Women’s Detention Facility in Santee, Calif., designed by architects KMD and HMC + Beverly Prior Architects, was applauded by the jury for design strategies that have proven to lower occupant/inmate stress levels in outside studies. The massive 462,000-square-foot facility will be fully completed in 2016 and is aiming for LEED Gold certification. The design team incorporated expansive views of nature and natural lighting, which has been shown to encourage rehabilitation. The design of the facility is atypical for detention facilities, and was designed more to replicate a college campus than a detention campus.