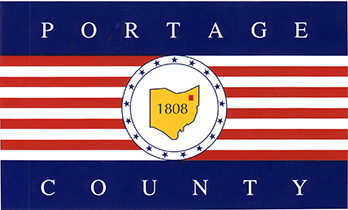 PORTAGE COUNTY, Ohio — Many states are investigating new ways of lowering inmate populations and easing the financial burden of overcrowding on state and county correctional facilities, including Ohio.

Portage County was expected to launch a corrections program that could eventually serve as a model for the entire state of Ohio, according to Portage County Justice Program Director Ross Rick.

The Community and Residential Program, designed to help offenders with medium- to high-risk probabilities of reoffending to become active and productive members of society, was originally expected to begin in February 2013, “but drafting contracts and nailing down facilitators in the programs,” are still being finalized, according to a statement by Dick.

“For an experimental program that is not being developed anywhere else in the state, (state officials) feel like we’re making slow and steady progress,” Dick said in a statement.

The program is designed to help those recently released from prison or jail reintegrate back into society. It will follow a similar model to programs that are already in place through Justiceworks, a national company that works with low-risk offenders to teach them life skills after incarceration.

“The programming is critically important, and this should keep it going,” said Zach Bishop, director of the Portage House, which is where the program will be housed. “We’re very optimistic that these programs will have success with the people we’re dealing with.”

Funding for the project is coming from generous donations from the Becky Young Community Justice Fund. They purchased the current Portage House and have been receiving taxpayer dollars to operate. Approximately $300,000 in grants was used to fund the house with an additional $60,000 coming from Portage County.

Community centers and places for former offenders to receive services are becoming popular in other states as well, including Arizona. The Arizona Department of Corrections opened the Community Corrections Center in 2012.

Prior to being the Community Corrections Center, the space existed as the Southern Arizona Correctional Release Center. The new center is being used to offer inmates treatment and reentry services along with short-term housing in a 150-bed facility.

Programs like these are saving states money and also benefiting the community by getting offenders the help they need before entering back into society. In a statement by Peggy Hutchinson, CEO of Primavera Foundations, whose work includes reentry programs — she explained the multiple benefits of centers like the one in Arizona.

“It’s about $2,600 per person compared to about $30,000 a person being in prison,” said Hutchinson. “If people getting out of prison go into a program where they can successfully reintegrate back into the community the likelihood of them going back to prison is very small.”