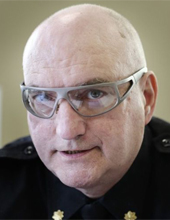 The Dakota County Jail in South Sioux City, Neb., under the leadership of Dakota County Corrections Director Terry Kern, has been awarded the Excellence in Detention Facility Administration Award from the Nebraska Commission on Law Enforcement and Criminal Justice’s Jail Standards Division. Kern stepped into his current role in 2008, during a time when the department was plagued with harassment and discrimination suits. Kern is credited with improving the facility and for implementing the policies and procedures that earned the jail its recent award, which recognizes professionalism, training and development of policies. Kern accepted the award during the annual Nebraska Correctional Administrators and Managers Association conference in Kearney, Neb.