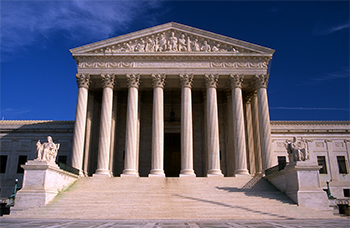 WASHINGTON — The Supreme Court ruled on Jan. 20 that prison officials cannot arbitrarily ban peaceful religious practices in the country’s correctional institutions. The justices unanimously sided with the defendant in Holt v. Hobbs, a Muslim inmate who had petitioned the Arkansas Department of Corrections for the right to grow a ½-inch beard in keeping with his religious beliefs, despite the department’s assertion that such facial hair could pose a safety risk.

The decision was based on the justices’ interpretation of the Religious Land Use and Institutionalized Persons Act (RLUIPA) of 2000, which states that “no government shall impose a substantial burden on the religious exercise” of an institutionalized person unless the government can demonstrate that the burden “is the least restrictive means of furthering [a] compelling governmental interest.”

Prior to the decision, which has been applauded by religious rights groups, the state of Arkansas maintained a facial hair policy that limited inmates to a “neatly trimmed” mustache. Inmates with recognized dermatologic issues, however, were allowed a quarter-inch beard. These guidelines were primarily put in place to prevent inmates from concealing homemade weapons, cell phone SIM cards or other contraband within their facial hair.

Inmate Gregory H. Holt, who also uses the name Abdul Maalik Muhammad, argued that his Muslim faith requires him to keep a beard, and that the state’s ban on such behavior violated the RLIUPA. Based on Holt’s own interpretation of his faith, Islam requires that he does not trim his beard at all. However, recognizing the state’s concerns, Holt himself proposed the ½-inch compromise, to which he says correctional officials responded with threats.

Holt sued the state in October 2011, and was undeterred by an Eighth Circuit Court ruling that favored the Department of Corrections, filing a handwritten petition in September 2013 requesting that the Supreme Court hear his case. In his petition, Holt argued that the lower court’s decision conflicted with other court rulings on the matter, and that the state’s no-beard policy “is not the least restrictive means of achieving the desired objective of staunching the flow of contraband and identifying prisons in the event of an escape.”

Justice Samuel Alito authored the court’s opinion, which stated that the existing ADOC policy “substantially burdens [Holt’s] religious exercise” and that the lower court had “misunderstood the analysis that RLUIPA demands.” Alito noted that, although the justices did not question the importance of the department’s interests in stopping the flow of contraband and facilitating prisoner identification, they did doubt whether the prohibition against petitioner’s beard furthered its compelling interest about contraband. Alito added that the department failed to show that its policy was the least restrictive means of furthering this interest.

“We readily agree that the Department has a compelling interest in staunching the flow of contraband into and within its facilities, but the argument that this interest would be seriously compromised by allowing an inmate to grow a 1/2-inch beard is hard to take seriously,” Alito wrote. “Since the Department does not demand that inmates have shaved heads or short crew cuts, it is hard to see why an inmate would seek to hide contraband in a 1⁄2-inch beard rather than in the longer hair on his head.”