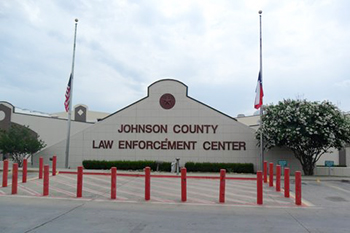 CLEBURNE, Texas — In late 2014, the Johnson County Commissioners Court approved construction of a new addition and renovations of the current 870-bed county jail in Cleburne.

The current jail consists of four buildings, designated C1, C2, C3 and C4, said Kenny Burns, president of Fort Worth, Texas-based Burns Architecture LLC, the architecture firm working on the project. This project is a two-phase project consisting of the construction of the new building C5 (Phase I) and renovations inside building C1 (Phase II). C1 is approximately 25 years old and currently contains the intake, release, kitchen, sallyport, medical, housing and administrative offices.

The Star-Telegram reported that bars are rusting in maximum-security cells, toilets and showers are falling apart and the kitchen, designed to serve 300 inmates, serves meals to about 800 each day. The sallyport, where inmates are brought for booking, can only handle one vehicle at a time. In fact, the intake or booking area has not had a major upgrade since it was constructed in 1985, according to an August report released by Burns Architecture LLC. The report also said that staff is cramped in small work areas and offices, and the entire area is not compliant with Texas Accessibility Standards.

The main goal of the project is to provide enlarged intake, release, kitchen, laundry, transportation and sallyport areas since these are all located in C1, which was designed for a capacity of 311, according to Burns. The county has simply outgrown these spaces and needs to plan for future population growth in the county, which borders Tarrant County (Fort Worth) to the north. The county is growing rapidly because of the Chisholm Trail Parkway and Interstate 35, and the population is expected to double to 300,000 by 2050, reported the Star-Telegram.

“The new 212 beds are being built for two reasons: for future growth anticipated but primarily to create a place to house inmates displaced during the renovations to building C1 so inmates are not housed out of county,” Burns said.

Building C5 (Phase I) will include new and enlarge intake, release, arraignment, kitchen, laundry, transportation and sallyport areas. It will also include 212 new beds in four pods. Building C1 (Phase II) will include an expanded control center, new video visitation area, 28 new separation cells, renovated and expanded administrative space and communications center, and maintenance upgrades to the housing areas. Estimated construction cost for phase 1 is $16.5 million, while phase 2 is estimated to cost $4 million.

Key design elements include much-improved lines of sight in all areas and spaces large enough to support current and future needs, Burns said. Each housing pod includes six, eight-bed multiple occupancy cells surrounding a correctional officer station providing unobstructed lines of sight into each cell or dayroom as well as five separation cells for a total of 212 beds. Two pods share exercise, multipurpose and first aid areas. These spaces are located between each of the pods creating a symmetrical layout.

Currently, Burns Architecture, LLC is preparing the design documents for Phase I with an anticipated construction start in late summer 2015. The county is in the process of selecting a construction manager to perform as the contractor on an at-risk basis.