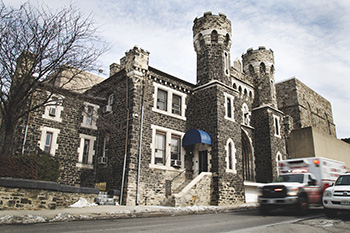 BALTIMORE — The Maryland Board of Public Works unanimously approved plans last week to build a $30 million, 60-bed jail for Baltimore teenagers charged as adults after years of concern about the treatment of the young defendants who are mixed in with adults.

The U.S. Justice Department has said the state-run Baltimore City Detention Center violates the law by keeping the youths in the same facility as adults because the teens are often secluded and do not receive school or other services while incarcerated, according to the Baltimore Sun.

The contract to renovate an existing pretrial facility near the detention center is a compromise to an earlier $100 million proposal to build a much bigger youth jail in Baltimore. In recent years, juvenile inmate rates have dropped from a daily average of about 100 youths eight years ago to a current daily average of less than 20, state officials told the Baltimore Sun in March.

While the jail doesn’t house too many juveniles, federal investigators who reviewed the jail last August found some young offenders who were kept in seclusion for periods of 46, 42 and 53 days each. One was even held for 143 days, according to the review. On average, the disciplinary process takes 80 days, the review stated, but a quarter of those held in solitary confinement are ultimately cleared.

The federal review was conducted eight years after the state entered into an agreement with the Justice Department to improve conditions at the jail. The 2014 review findings noted “continued improvements,” but also “significant” continuing problems. One of the biggest is that youths have little access to drug treatment, anger management programs and even exercise areas. The review also said that staff training fails to adequately address adolescent development, trauma, and mental health and developmental disabilities.

Officials did not address the findings in regard to solitary confinement in a statement; however, they said they were working to improve state training and programming. “The Department takes these issues very seriously, and is committed to drastically improving the overall environment for juveniles charged as adults and committed to our care,” the agency said in a statement.

A Department of Juvenile Services report said that while the number of juveniles charged as adults remained above 900 statewide since 2010, those who spent time in jail awaiting trial dropped by 39 percent from 2011 to 2014. Advocates for juvenile justice issues told the Baltimore Sun that they hope the decrease in populations of young offenders charged as adults will make it so that the new facility will eventually be used for a different population.

When it opens, the new facility will have ample program space, with better classroom facilities, as well as an improved health services area and recreation areas.