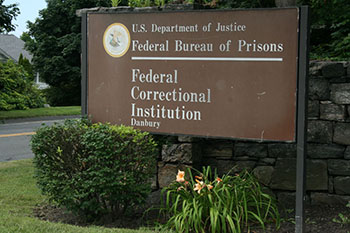 DANBURY, Conn. — U.S. Attorney General Loretta Lynch told a Senate panel on May 7 that construction of the new Danbury federal prison for women will begin this summer after a two-year-long debate.

The debate over the Federal Correctional Institution, Danbury (FCI Danbury) has been ongoing since 2013 when the Federal Bureau of Prisons (BOP) announced that it would turn the female prison into a mostly male prison in response to the need to provide more low-security beds for male inmates. At the time of the announcement, the Danbury prison complex consisted of two separate facilities — the low-security FCI that housed about 1,100 women and an adjacent camp that held about 150 women — both of which were often over capacity. The original plan was to fill the FCI with men and use the adjacent facility as the only facility in the Northeast for women in the federal prison system. Other female inmates would be transferred elsewhere, even as far as Aliceville, Ala., about 1,000 miles away.

The proposal raised concerns from female inmates, prison groups and senators. As such, the BOP announced a revision to the plan in November 2013 that would include converting the ex-isting minimum-security satellite camp into a low-security facility for women as well as con-structing an additional facility for women on the site. The low-security prison would, therefore, house 412 female inmates who were U.S. citizens on the Danbury site.

At the time, a press release was issued that said the entire transfer and construction process would take 18 months and that the BOP was making “every effort to keep the U.S. citizen in-mates in the Northeast and maintain the same level of programming available by the end of the process.” Initially, the bureau estimated that the project would be completed in May 2015; how-ever, the need for an environmental impact statement pushed the timeline back to May 2016.

Lynch spoke at the May 7 hearing of the Senate Appropriations subcommittee that overseas the Justice Department and its Bureau of Prisons, and said that the environmental impact statement that had caused the delay of restoring female inmates to Danbury was finally completed recently, reported NewsTimes.com.

While she acknowledged that construction should begin this summer, she was still reluctant to give a completion date. The female inmates are currently housed in several different correctional facilities throughout the Northeast in Brooklyn, N.Y., and Philadelphia. These facilities lack drug treatment and other programming designed to rehabilitate inmates.

The prison has also made recent headlines because of its celebrity inmates. It is the prison where Piper Kerman, who wrote “Orange is the New Black,” stayed during her 11-month stint in pris-on, and Martha Stewart also served time at the Danbury prison.