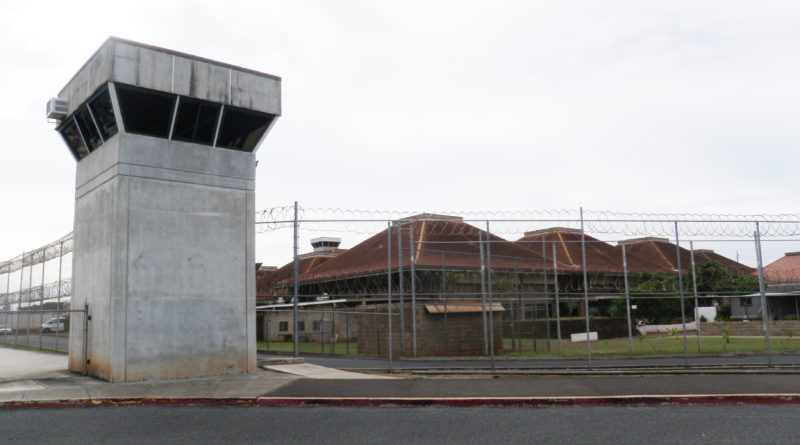 KALIHI, Hawaii — For many, Hawaii is the picture of paradise. For inmates of Oahu Community Correctional Center (OCCC), however, that paradise is also a prison — but it’s about to get an upgrade.

For its new correctional facility, the Hawaiian island of Oahu is looking to repurpose a structure used to quarantined animals. The $525 million project would alleviate issues the state is facing with the aging OCCC, including overcrowding.

The original OCCC was intended to house only 628 inmates, and a modification made more than 40 years ago stretched that number to 954. By 2015, however, the jail averaged a total population of 1,438 detainees. The facility is Hawaii’s largest and is situated on 16 acres in urban Honolulu. In addition to its functions as a correctional facility, OCCC provides reintegration programming for sentenced male felons.

The state’s animal quarantine facility is the top of four possible sites being considered for the new facility. It was listed in an environmental impact report drafted by PBR Hawaii & Associates Inc., with a site next to the maximum-security Halawa Correctional Facility being listed as a second choice.

The state began its search to replace the 16.5-acre OCCC when the state’s Department of Public Safety (which operates jails on the islands of Oahu, Maui, the Big Island and Kauai), sent out a “site offer” to property owners and others in the real estate industry. The offer indicated the needs for the new jail — chief among them are accessible roadways.

“I’m confident that we will be able to build a modern facility at the animal quarantine station that relieves long-standing overcrowding and is secure, efficient and cost-effective,” said Gov. David Ige in a statement. Moreover, Ige indicated that the relocation of the jail is part of a larger effort “to envision a new future for Kalihi,” which is a neighborhood of Honolulu on the island of Oahu.

Among the possible sites identified for the project, three are already owned by the state, with the Navy owning 3.5 acres of the animal quarantine area, which is near the courts in downtown Honolulu, reported Pacific Business News. This site is also the least expensive location to erect a new facility, at a price tag of $525 million, which would also include $17.5 million earmarked for a new animal quarantine facility somewhere on the footprint. In contrast, building a facility on the present OCCC site in Kalihi is estimated to cost $595 million. This also includes $30 million necessary to to relocate current detainees during construction.

Also of note is that the animal quarantine site is less than a mile from the Halawa Correctional Facility (HCF), a medium-security facility that also serves special needs inmates. The proximity would allow for sharing of resources such as personnel. Additionally, the Women’s Community Correctional Center in Kailua would be expanded to hold female detainees who are currently at OCCC.

It’s estimated that the project will require two years of planning and design, followed by two years of construction. The facility would be completed in 2023.