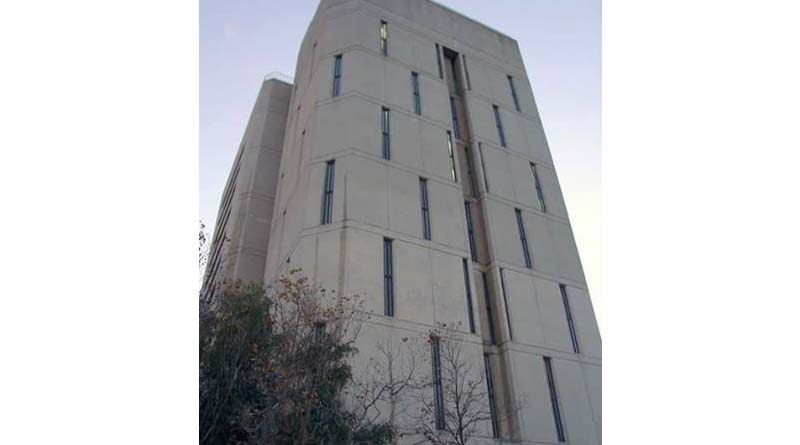 The closing of Glenn E. Dyer Jail in Oakland is expected to save Alameda County millions of dollars. Photo Credit: Alameda County

Cited as a cost-cutting measure that could save millions of dollars, Alameda County Sheriff Greg Ahern announced recently that the Glenn E. Dyer Jail in Oakland will close.

The San Francisco Chronicle recently reported that the decision to close this jail comes amid declining inmate populations and rising incarceration costs. The facility has approximately 400 inmates, but is equipped to hold more than 800. Inmates will be moved to Santa Rita Jail in Dublin, which is Alameda County’s other facility. Santa Rita can hold more than 3,000 people, but currently approximately 2,100 are being housed there.

The original Santa Rita Jail opened in 1947 and was a replacement for the original County Prison Farm that operated on nearly 300 acres in San Leandro next to the Fairmont Hospital.

Over time, the facility became overcrowded and—combined with a changing prison population demographic—was increasingly costly and difficult to operate the facility in a secure and safe manner.

In 1989, the new Santa Rita Jail opened. Considered a “mega-jail,” it ranks as the third largest facility in California and the fifth largest in the nation. Santa Rita Jail is also accredited by the American Correctional Association and is recognized as one of the most technologically innovative jails in the world.

Sheriff Ahern’s philosophy of a cost-effective delivery of services is reflected in the private sector partnerships that support the jail’s operation. A modem cook-chill food service operation produces 12,000 economical meals per day. Onsite medical and mental health services save money, while reducing the patient load at county medical facilities.

He says the move will save $6 million, mostly in staff overtime costs and the combining of kitchen and medical units. With no layoffs slated, “this is a very positive development for the safety of our safety and our inmates.”

This consolidation will also be a boon for inmate rehabilitation efforts as well.

“They’ll be able to attend more programming and classes provided by inmate services,” adds Sheriff Ahern. “We’ll be able to have them available for re-entry (programs) in a higher number.”

“Every year we look at feasibility,” he says. “It is an old facility and it does cost us a tremendous amount of money to run that facility.”

While this move has advantages, there are disadvantages too, primarily due to the location of Santa Rita Jail.

The Glenn Dyer facility, which holds both county and federal detainees, is just a block from the Oakland Police Department’s downtown headquarters. However, the drive from Oakland to Santa Rita is at least 30 minutes, causing officers to spend more time transporting detainees.

The Oakland location is also convenient for many family and attorney-client visits, while Santa Rita is approximately two miles from the closest BART station.

Alameda County Public Defender Brendon Woods says that while he is in favor of closing more jails, he thinks shutting down the Glenn Dyer facility is “ill-advised.”

“If people from this part of the country are going to be held in custody, they should be here, closer to their community, families and the courthouses where their cases will be heard,” he says.

“I think I would have preferred that it gone in reverse. That they would have housed more in the north county (Glenn Dyer) jail as opposed to Santa Rita.”

Sheriff Ahern says the decision to close Glenn Dyer was partly due to a recent federal court order that limits when jail officials can interrupt inmates’ sleep and extends lights-out hours. This order stemmed from a federal class-action lawsuit by prisons who alleged extreme sleep deprivation.

He adds that he could not comment yet on what the county will do with the 234,000-square foot Glenn Dyer facility once it is closed.