The existing Franklin County jail was originally constructed in 1997 and was built to house 114 inmates. 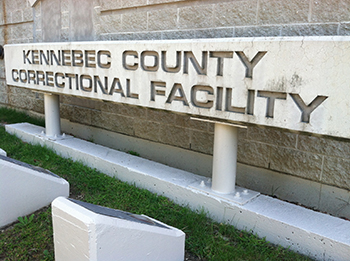 END_OF_DOCUMENT_TOKEN_TO_BE_REPLACED
Articles
May 3, 2011 1566 Views Franklin County jail, HOK Inc., New Hampshire
AUGUSTA, Maine — The future of a law aimed at easing prison overcrowding is uncertain after members of the Legislature’s Criminal Justice and Public Safety Committee were asked recently to repeal or change the legislation it endorsed two years ago.
The law, which consolidated county jails throughout the state, has not reduced costs and kept tax rates down as it promised, prompting calls for its repeal.
Under the law counties pay a capped amount to run their jails and the state pays the rest of the cost, but jail and END_OF_DOCUMENT_TOKEN_TO_BE_REPLACED
Articles
March 18, 2011 1638 Views Correctional News Advisory Board, endowment, Franklin County jail

Funding and space deficiencies are commonplace in the correctional industry. Jurisdictions across the United States deal with overcrowded conditions, which often leads to the absorption of programming space to accommodate inmate housing. The lack of programming space leads to a lack of inmate services and rehabilitation, which helps contribute to higher recidivism rates. It’s a downward spiral that hasn’t stopped for years in many communities.

END_OF_DOCUMENT_TOKEN_TO_BE_REPLACED