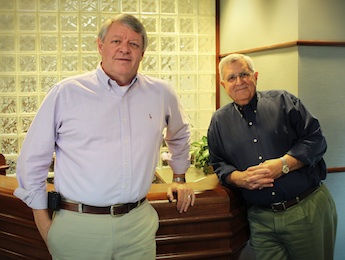 Ike Newton, president of Black Creek Integrated Systems Corp., has seen tremendous change in the corrections industry over the past 34 years since he founded the Irondale, Ala.-based company. The company started out doing instrumentation and automated control work for power plants and paper mills, but by the mid-1980s was focused exclusively on corrections security.

“There has been a huge change in corrections since I started,” said Newton. “A high-end security system, at least in a jail or prison environment, had large graphic panels with membrane switches connected to a static logic control card. They were the newest things for corrections in a control environment. They were actually pretty crude.”

What his company did was to look for an innovative product to bring to the corrections market.

Newton believes that the capital spending that has driven the industry for so many years, which has been in decline for the last four years, is going to come back extremely slowly and will never come back to where it was to begin with.

“In my opinion, the corrections market has changed dramatically in the last four years. The market has contracted considerably and in my view it is going to take more than a touchscreen and a programmable logic controller and CCTV to be able to survive in this market.”

Presently, despite the economic slump, Black Creek’s business is growing. With the majority of its work in jails, both smaller sized facilities with 100-beds or less to 4,000 to 5,000-bed lockups, the company attributes its success to the increased capability of its products and its high level of support.

“If you are going to be able to survive in this market you are going to need a broader platform than what was traditionally presented by companies like us. To meet that change we have expanded what it is that we do.”

In 2010, the company purchased the “pioneer of real-time inmate tracking in corrections,” and improved it dramatically by incorporating its capabilities into its touchscreen control security system.

In Newton’s view, he expects that portion of his business, in the next several years, to outstrip his core business. “There is a continuing need, that is even more acute now, for fewer people responsible for the incarceration of inmates. This is the type of system that will eventually lower the number of officers required to keep track of the incarcerated population.”

Another move the company made was to get more involved in criminal justice applications — inmate management systems and watch tour systems.

“There is a tremendous need for transparency in reporting and operations,” notes Newton, “and these watch tour and shift log systems provide that operational transparency.” 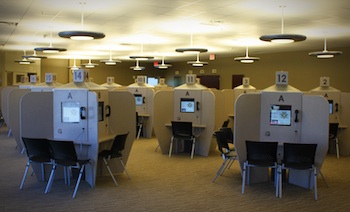 At the heart of the company’s product line is a network of touchscreen computer systems, which incorporate all aspects of correctional facility physical security control into a single, fully integrated package with every electronic device controlled through this centralized computer, including CCTV, NVR, paging, intercom, utilities and RFID tracking.

The company also provides integrated jail management systems, a Windows-based microcomputer system designed specifically to meet the needs of county jails. Modules include imaging, inmate summary, detailed log, and scanning, in addition to the ability to share inmate records. The company also manufactures software and hardware for visitation systems that are designed to reduce or eliminate contact visits.

The recently purchased RFID tracking system, now integrated with the touchscreen security system, shows — in real time — the location of inmates and officers within the facility. This gives officers the ability to take a streaming headcount of the population, prevent inmate violence by establishing proximity parameter alerts for certain RFID tags, and obtain a historical record of events.

Increased reporting and increased transparency, and the ability to document movement, is what the company’s products are designed to do.

Its Personal Detention Assistants (PDAs) allow for physical security control, watch tours and the ability to dispense medication and shift logging — all while providing mobility throughout the facility. The watch tour technology can use either barcode or RFID tags for unique identification.

In terms of health care, the PDA can be used for medication dispensing. The PDA scans the inmate’s wristband/barcode and also scans the barcode on a blister pack allowing the officer to record that the correct medication was given to the inmate.

When asked about realignment, and the role of county jails in the future, Newton observed that there is going to be a huge increase in workload for the county jails. The increase would create opportunities for security electronics contractors, according to Newton.