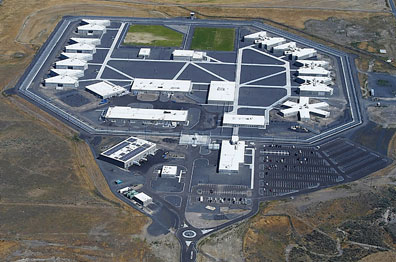 An extraordinary focus on teamwork and cooperation made it possible to complete the massive $190 million project early while working on a dramatically compressed schedule, and incorporating innovative ways to minimize costs and boost quality.

There are 21 buildings on the 100-acre site, including four medium, four hybrid, and single segregated housing units. The other buildings provide administrative space, a dining hall, a gymnasium, a medical building, educational and professional industry spaces and warehouses.  A pre-existing 600-bed minimum-security work camp completes the complex. Washington DOC typically collocates minimum-security work camps and higher-security facilities near each other to take advantage of the labor available at work camps.

Not only is Coyote Ridge the state’s largest correctional facility construction project in recent history, it ranks among the most expedited design and construction completed. The DOC needed the new beds so urgently that the project’s contracts required moving from concept to substantial completion in 32 months.  The combined efforts of  owner, builder and architects reinforced the notion of teamwork and led to an earlier completion in just 29 months.

The Washington DOC has historically employed a formal partnering process on construction projects. A consultant would develop and implement a partnering agreement, which specified how the stakeholders would keep each other informed about problems and progress. Included in the agreement were conflict resolution strategies designed to settle disputes without jeopardizing the project, the schedule, the contractors, or the financing package, while also avoiding litigation.

On this job, the department did not hire an outside partnering consultant to run a formal program for the Coyote Ridge project, according to Jack Olson, project director of capital programs with the DOC. Instead, the DOC project team developed and enforced teamwork and cooperation at every turn.  There was a commitment to an aggressive schedule by everyone on the team, meetings were held every other week to keep everyone informed, and there was always a fast turnaround from the owner.

Albeit not a unique scenario, after overhearing the discussion, an owner’s representative propelled reinforcement of the DOC’s message of teamwork by calling an emergency meeting of the dozen or so senior project executives on site that day.

At the meeting, Olsen says the owner relayed his concern about the conversation he had overheard and expressed further conviction: “That is unacceptable behavior on this job. It is never someone else’s problem. A problem on this job is our problem, and we will solve it together,” he said.
“That incident only had to happen once,” Olsen says. “Everyone got the point.”

After the project had been underway for three months, a new subcontractor’s superintendent joined the project.  An orientation effort integrated him into the team approach to the project. 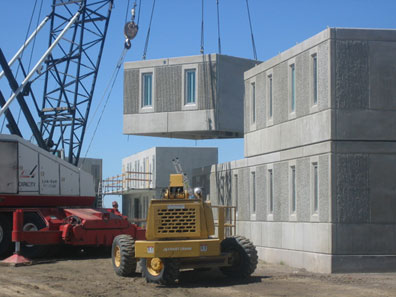 Hurrying along a construction project can place its success in danger from emphasis of progress over quality. The DOC carefully managed its call for swift work by turning the usually separate teams for design, general contracting, and sub-contracting into a single cooperative unit, and by selecting design-build as the project delivery method.  This project’s success was due in major part to the selection of the right team.

Tight teamwork, trust, and excellent communication between the owner, builder, and designer on a design-build project enables the design, permitting, and construction schedules to overlap, thereby reducing the time required to complete the project.

As a result, within a month of the design’s start, the builder was able to mobilize on the site and start excavation.  Additionally, DOC decision-makers visited the designer’s office every two weeks to review drawings and make decisions on the many issues that required resolution.  The DOC ensured that the decisions were expedited and that continuity with the implementation process was reinforced. The permit-controlling officials also participated in the design meetings and were prepared to fasttrack the necessary permits.

Managers of the project estimated that the spirit of cooperation between the design-build team and the DOC team slashed as much as 18 months from the schedule.

Clicking on any part of a BIM drawing enables users to drill down to the component level and view a complete set of specifications, such as drilling down through a housing pod’s exterior to a bed in a cell.

The 3D visualization feature enables users to rotate images and look at them from all angles. A virtual camera enters the structure’s front door and traverses the interior as a user evaluates the space layout.

This makes BIM an invaluable review and approval tool, enabling decision makers to evaluate a design in a “virtual” as-built state, and the comprehensible and thorough designs aid in quicker turn-around with reviews and approvals.

All facets of estimation can also be excelled with the BIM tool. Features of the accompanying database help expedite the process by automatically organizing needed materials onto spreadsheets and totaling quantities.

More importantly, the 3D feature improves conflict resolution. Traditional two-dimensional CAD designs often contain inadvertent conflicts — design errors in which, for instance, a beam’s elevation doesn’t match the height of a wall, so that the beam occupies the same space as the ceiling. The BIM tool identifies and flags these kinds of conflicts, enabling the design team to fix them at the virtual stage — before real brick and mortar conflicts slow the project and raise costs by requiring work to be redone.

At Coyote Ridge, the final design contained an estimated 80 percent fewer conflicts than would be expected from a two-dimensional CAD design of that scope.

The BIM tool’s conflict resolution capability also helps expedite design changes. If a door is moved from one place to another in a BIM design, the system flags all of the other components which the change affects, enabling the designers to avoid creating new conflicts.

For a detention facility, BIM helps achieve a primary design goal: direct sight lines from guard stations to cells, as well as to areas where inmates gather. BIM can test each sight line to ensure that nothing impedes the staff’s line of vision. 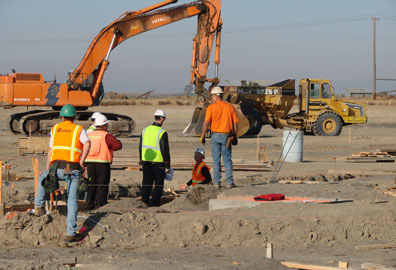 The spirit of cooperation that infused the design-build team led to a number of cost-saving design innovations. Taking the housing pods as an example, Olson noted that the two perimeter fences along with the exteriors and interiors of all buildings — except four of the housing pods — met DOC requirements indicative of medium-security facilities.

Many of the offenders in Washington’s prison system behave well enough to be placed in a minimum-security camp or facility. Their crimes, however, require that they be incarcerated in a medium-security facility.

While searching for efficiencies, the project team hit on the idea of designing “hybrid” housing for the well-behaved inmates. The hybrid units have the same concrete exterior walls as the traditional medium-security units. But inside, steel studs and gypsum board compose the interior walls. Instead of cells, the inmates sleep in “dry” rooms. They each have a key to their room and may come and go as they’d like within the housing unit.

Olson refers to Coyote Ridge as one of the smoothest projects he has ever participated in. Everything seemed to work out the way it was planned.
“There was no magic formula,” he says. “It was very dedicated people who worked well together making sure that it worked. I do hope that we can find a way to recapture the spirit of cooperation we had on this project for future projects.”

Jerry Winkler, AIA, NCARB is president of Integrus Architecture, P.S. in Spokane, Wash.  He can be reached via email at gwinkler@integrus.net.  Scott R. Frakes is a superintendent with the Washington State Department of Corrections.