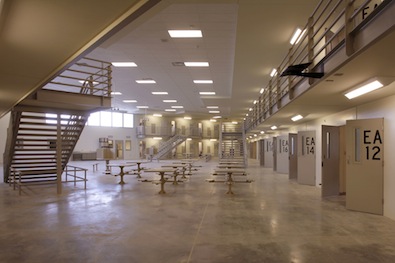 Detention cell doors are among the simplest and most reliable security feature of jails and prisons. The basic design of a swinging cell door lock has changed very little in the past century. Their familiarity and consistent operation have made them a part of the prison landscape that operators rarely think about.

But, that may be a big mistake.

Security locks are definitely not part of the landscape that inmates ignore. They often understand the operation and vulnerabilities of locks better than the officers that supervise them. Compromised locks are in almost every detention facility.

Electro-mechanical swinging cell door locks are the most prevalent type of security locking hardware in detention facilities. All of them exhibit an automatic deadlocking system and are often called “slam locks.” No key is required to lock the door — simply “slam” the door closed, it latches and deadlocks by itself. In this respect, detention locks operate very much like their commercial and residential cousins.

Slam locks have two bolts: the large bolt is called the latch bolt or often simply the lock bolt. It does the heavy lifting — it is spring loaded to automatically extend into a strike plate and keep the door secure. However, it cannot work alone — it needs a mechanism that prevents it from simply being pried back out of the strike. That’s where the deadlock bolt comes into play. It’s the smaller bolt — sometimes it is wedge shaped, sometimes it is rounded with rollers on the end. Its purpose is to block the latch bolt from being retracted without a key. Everyone recognizes the latch bolt and we seem to understand its purpose but few of us have ever even noticed the deadlock bolt. To understand how prison and jail locks can be compromised, we must first understand the function of both bolts.

So What Could Go Wrong?

More than you might imagine. Whether by intentional tampering, normal wear or poor adjustment, locks fail. When locks fail, staff and inmates alike are at risk.

Most facilities find it difficult to maintain an awareness of its lock condition. Often, there is confusion about whose job it is to check locks — security or maintenance? Proactive officers try pulling door handles to ensure that locks are engaged and they watch for inmate damage. But, let’s face it, officers have many competing duties and, because detention locks are often electronically activated, officers are rarely at the door they are unlocking. But, perhaps the most significant reason that compromised locks continued to go undiscovered is that most staff members simply don’t know what to look for.

The good news is that two very simple checks can reveal any lock tampering. And what is better, it takes only a few seconds to perform them.

Two things must happen for a detention lock to automatically secure.

The latch bolt must extend its full length. The deadlock bolt must be depressed its minimum distance to activate the deadlock.

Find a spare lock or go to a security opening (you can even try this on the front door lock of your house). First see if the lock is working properly. With the door open, fully depress the small bolt (the deadlock bolt) and see if you can depress the large bolt (the latch bolt). If you cannot, then the basic lock function is OK.

So, what’s the point?

There are many illicit and normal activities that may cause either the latch bolt to fail to extend or the deadlock mechanism to fail to engage.

Normal wear and tear, improperly adjusted locks, poorly installed doors or frames, grinding of door strikes and grinding of lock bolts are just a few of the ways that deadlock mechanisms are unwittingly defeated.

Let’s illustrate this in a setting we all understand. In residential construction, improper door or frame installation is usually the culprit. If there is a large gap between the closed door and the frame then the deadlock bolt will not depress enough to work — a knife or a stiff card wedged behind the latch bolt will retract the bolt and open the door (known as “carding” a lock). Even if the lock is secure, you’ve just discovered why a pry bar is the burglar’s best friend — by using a pry bar to spread the frame apart from the door he can disengage the deadlock mechanism and card the lock. If done carefully, there won’t even be any evidence that the door had been breached.

In a detention facility, poor installation and normal wear can cause similar problems. Since this is a very difficult condition to detect by visual inspection, manufacturers of detention locks have placed sensor switches on lock components, which “read” if everything is properly aligned to secure the lock. This condition is displayed as a status indicator light on locking control panels. Generally, an illuminated red indicator light for a door on the locking control panel is sending the message that, even though the door may be closed and appear secure, something is wrong. These indicators must be taken seriously — they frequently give the only warning that a door is compromised.

But most often, detention locks are defeated by intentional inmate sabotage. These are just a few of the most popular ways inmates incapacitate locks.

Trash in the strike: The easiest way to defeat a lock is to stuff trash into the strike preventing the latch bolt from fully extending. In this state, the lock can easily be “carded.” Inmates often use their identification cards or even a string to retract the compromised latch bolt. To know if a strike has been “trashed” — look at the security indicator light on the control panel. It will be illuminated red.

Wedging the bolt: Similar to trash in the strike, inmates will attempt to wedge small thin objects between the latch bolt and the lock housing hoping to prevent the latch bolt from fully extending.

Caution — physical inspection is often a routine method employed in detention facilities to discover an inmate’s attempt to trash his strike or wedge the latch bolt. Be aware that inmates often place sharp objects into the strike hoping to discourage officers from probing it with their fingers. Always use a tool to probe strikes or remove wedged objects from a latch bolt.

Slipping the bolt: Another creative way to defeat the latch bolt is to carefully place a sheet of paper horizontally over the latch bolt and frame as the door is closed. The paper “bridges” the strike opening allowing the latch bolt to partially engage but not set the dead lock mechanism. Exiting the cell is simple, while placing slight pressure on the door the “tail” of the paper is slowly retracted. This “ramps” the latch bolt out of the strike and the door easily disengages. Again, the only defense for this condition is to observe the door status indicator lights on the control panel. 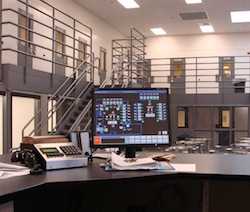 Inmates have discovered that they can defeat locks by taking advantage of the lock’s design. While the door is open, the deadlock bolt is wedged in its depressed position. This “locks” the latch bolt in its fully extended position. Then, by slamming the 300-pound cell door on the extended and locked latch bolt the internal mechanisms of the lock are wrecked. Often these locks then become incapable of dead latching. The doors may close and appear locked but only the red indicator light on the control panel tells the true story.

So, what are the two simple tests? How can compromised locks be revealed easily and quickly?

1. Mechanical Quick Check
Every lock in a detention facility can be “quick checked” daily. It takes only a few seconds to push in the deadlock bolt and then to try pushing in the latch bolt. If the latch bolt resists — the lock is OK. Every officer should make this a routine exercise. With a little practice this simple test can be performed in the time it takes to walk through a door opening. Certainly, when inmates are on dayroom or recreation call, every opened cell door in a unit can be checked in the time it takes to walk the range.

2. Indicator Light Check
When cell doors are secured at lights out — perform a visual check of all security condition indicators on the control panel. All red, or non-secure, indicators should be unlit. If any remain lit, that opening should be submitted for a maintenance check the next day.

Both tests must be done together — neither alone tells the whole story. But, the beauty of these simple tests is they give you great information with very little effort. Performed daily and combined with aggressive maintenance, incidents of lock compromise can be virtually eliminated and correctional officers can walk the range with informed confidence.

Larry Latimer is senior construction manager at Rosser International. He previously served as the director of engineering for the Georgia Department of Corrections. In this position, he was responsible for the management of approximately 14,000,000 square feet and $2.5 billion dollars in facility infrastructure.