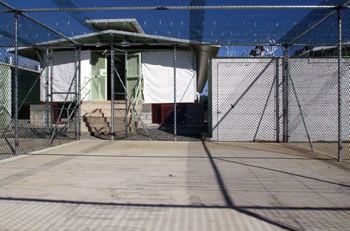 WASHINGTON — The debate over closing Guantanamo Bay reentered the Washington political landscape in the final days of November, when a report by the Government Accountability Office indicated over 100 prisons in the United States were capable of securely holding Guantanamo Bay detainees. The Government Accountability Office is an independent, nonpartisan agency that analyzes potential policy options and government spending. As usual, the agency only reviewed the logistics of moving detainees and didn’t get into the political realities of making a change. There was no shortage of political reaction however, as various legislators instantly weighed-in on the report, taking stances that were relatively predictable for most Washington observers.

Dianne Feinstein, a Democrat senator from California and chair of the Senate Intelligence Committee, initially released the report, saying it “demonstrates that if the political will exists, we could finally close Guantanamo without imperiling our national security.”

Feinstein noted that 98 federal prisons already hold offenders convicted of terrorism-related crimes, arguing, “As far as I know there hasn’t been a single security problem reported in any of these cases.”

Lindsey Graham, a Republican senator from South Carolina, aligned himself on the opposite side of the debate, saying the people held at the offshore detention facility were crazy and “bent on our destruction.”

“The people who attacked us on 9/11, in that prison, want to destroy our way of life. They don’t want to steal your car. They don’t want to break in your house. And we’ve got a military prison being well run, so I think the American people are telling everybody in this body, ‘Have you lost your mind? We’re at war. Act like you’re at war.’”

Rand Paul, a Republican senator from Kentucky and one of the most well known members of the Tea Party movement, took some level of middle ground. He said he agreed with Graham about the mental state of Guantanamo detainees but did not think that was sufficient grounds to deny someone a trial by jury or inclusion in the normal justice system.

President Barack Obama signed an executive order calling for the facility to be closed within a year when he took office in 2009 and reaffirmed his wish to do so after his recent re-election. Congress did not accommodate his plan, blocking the shutdown of the facility and putting very strong restrictions on transferring detainees from the facility.

The report included six military facilities in the list of institutions with the capability to house the detainees, along with the 98 federal prisons. The report does not go so far as to make recommendations about what to do with Guantanamo, although it did note some facilities would have to undergo modifications and relocate some inmates if Guantanamo detainees were moved there.

The report indicated that the federal prison facilities equipped to deal with the detainees were collectively 38 percent over capacity already, while the six military prisons are only at 48 percent of capacity.

The largest complication is that federal prisons are not allowed to hold people who are not formerly accused of crimes. Only three of the current detainees have been convicted and seven are facing charges, while 24 are in a state of limbo while the government weighs the options of filing charges against them. The remaining 56 prisoners have been cleared for release to their home nations or third party countries, but congress restrictions on detainee transfers are making it close to impossible for them to actually be released.

The report indicated the United States spends about $686,747 per prisoner to operate Guantanamo on an annual basis, while the Bureau of Prisons spent $34,628 per inmate last year at its high-security facilities.