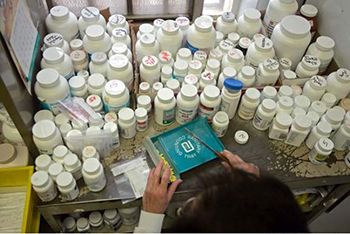 Researchers for the Pew Charitable Trust based their research on the Bureau of Statistics figures from 2001 to 2008, which are the most recent numbers available. They concluded that correctional health care spending grew by an average of 52 percent in 42 states within this time frame. On average, the amount spent per inmate rose in 35 of the 44 states included in the study. However, figures varied widely from state to state. Idaho’s per inmate spending increased a relatively small 24 percent, from $3,388 to $4,188, while North Carolina saw one of the steepest increases. There, costs leaped from $1,938 per year to roughly $5,900, a more than 200 percent jump. Many of these costs were attributed to an aging inmate population, an increase in infectious disease and chronic illness, and the rising costs of medication and health care devices.

To combat this rise in spending, the report also encouraged states to consider telehealth services, which use videoconferencing in prisoner treatment. However, the report placed the greatest emphasis on Medicaid expansion.

According to Maria Schiff, director of the Pew study, states that do choose to expand must still pay for inmate care within the prison. Medicaid would, however, cover any off-site treatment such as surgery at a nearby hospital. Schiff pointed to Ohio, where the study projected an estimated $273 million in prison health care savings between 2014 and 2022. Meanwhile, study estimates put California savings at rough $70 million annually.

At an October conference focused on the Affordable Care Act and the justice system, officials said research has shown access to addiction and mental health treatment can also have an impact on recidivism rates, which can translate into lower incarceration costs. Amy Solomon, a senior advisor for the U.S. Department of Justice, said that the National Institute on Drug Abuse has estimated a $4 to $7 health care savings for every dollar spent on addiction treatment. Though Medicaid would cover this treatment in many states, 24 have already declined or remain undecided about their Medicaid participation. Solomon said it is highly likely some residents in the opt-out states “will slip through the cracks,” and hopes these states will soon realize their mistake.

However, critics say prisoner care should remain a state responsibility, and caution against placing it in the hands of the federal government. Dennis Smith, a former director of the Center for Medicaid under the George W. Bush administration, said putting inmates on Medicaid amounted to using a loophole to shift state responsibility to the federal government. “By definition, those state prisoners in state facilities are the obligation of the state, and that obligation should not be transferred to the federal government. I think most people would come down on the side that Medicaid was never intended to pay for the medical care of people in state custody,” Smith said.

To date, 25 states, as well as the District of Columbia, report they are acting on the Pew report findings and moving toward Medicaid expansion.