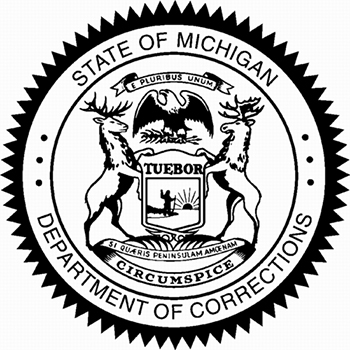 LANSING, Mich. — The Michigan Department of Corrections (MDOC) has fined Aramark more than $92,000, citing improper meal counts, unauthorized meal substitutions, improper relationships between inmates and Aramark employees and lax security. The company, which has 30 years of experience in correctional institutions, is contracted to provide meals to roughly 45,000 Michigan inmates.

In a Feb. 25 letter to Aramark, MDOC officials notified the company that that is would be fined $26,000 for 52 unauthorized meal substitutions, and $60,000 for 240 instances in which the company did not prepare the correct meal count. According to DOC spokesperson Russ Marlin, delivering the promised meals and maintaining consistency across units is important to maintaining overall stability within the facility.

"They’re (Aramark) required to follow our menu and they’re required to serve the same food and the same portions to the entire prison population," Marlin told Michigan Radio in March. "And we found some examples after working through that transition period where that just wasn’t occurring.”
Some 200 inmates at the Kincheloe’s Kinross Correctional Facility even staged a demonstration in February, just two month after Aramark assumed responsibility of the dining program, to protest the dining services and meal shortages.

The company was also fined $12,000 for 12 instances of reported fraternization with inmates. “During the period of Jan. 17, 2014 through Feb. 28, 2014 a total of 12 instances occurred whereby Aramark staff violated rules and regulations pertaining to over-familiarity with prisoners,” Kevin Weissenborn, the department’s contract manager, wrote in a March 6 letter to Michael Flesch, Aramark’s vice president of operations. “These actions have resulted in safety and security risks and additional costs to the Michigan Department of Corrections.”

In a January letter to MDOC Director Dan Heyns, President of the Michigan Corrections Organization Tom Tylutki added that these inappropriate relationships were putting correctional officers and other staff at risk. In the letter, Tylutki cited complaints of overfamiliarity, access to contraband and “tons of no call/no shows.” Though Marlin has largely attributed these instances of absenteeism to winter weather, Tylutki maintains that, “The untrained Aramark employee’ behavior is compromising the security of our prisons and it places staff and prisoners in danger.”

Aramark Director of Corporate Communications, Karen Cutler, addressed the fines in an email “We know from experience that start-up transitions of this size and complexity can involve challenges,” Cutler said, “and we are committed to resolving any issues as quickly as possible. While it is early in the transition process, we are confident that we will deliver excellent service and the taxpayer savings we promised. We recognize that training is vital to maintain a safe work environment and have voluntarily added to the 80 training hours required by MDOC to ensure our employees conduct themselves properly. We also share MDOC’s zero tolerance for inappropriate contact between employees and inmates and will be even more vigilant in this critically important area.”

The $145 million contract awarded to Aramark in December 2013 was intended to save the state between $12 million and $16 million annually. The company already employs 3,000 people across Michigan, and says it retains 98 percent of its clients.