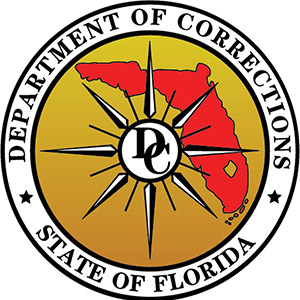 TALLAHASSEE, Fla. — More than a dozen employees of the Florida Department of Corrections have been fired following a crack down on employee misconduct. The department announced 13 officers, sergeants and other prison staff have been dismissed for separate incidents of inmate abuse at the Lancaster Correctional Institution in Trenton and the Northwest Florida Reception Center in Chipley. Two additional offers were dismissed for driving under the influence and driving with a suspended license.

“As we reviewed case files and penalties for improper acts, it became clear to me that we have not been applying a uniform standard by which to hold ourselves accountable,” Crews said. “The lack of consistent consequences for the same crime has the potential of undermining the culture of professionalism that is necessary for running institutions with integrity.”

Crews also highlighted the “tremendous responsibility” Florida Department of Corrections employees bear, requiring workers to conduct themselves both on-duty and off-duty “in a manner that commands respect and is consistent with the department’s values.”

“Our employees should exhibit the highest standards of professionalism and integrity on the job, in the community, and at their homes, but if they break the law, they will be held accountable,” Crews said in a statement. “This policy will keep those who break the law from putting the uniform back on the next day. I have made it clear that I will not allow the bad actions of a few to tarnish the reputations of all the hard working men and women in our department.”

Examples of criminal conduct that will now result in employee dismissal include: inmate abuse; failing to report inmate abuse; submitting inaccurate, incomplete or untruthful reports; coercion or threats; sexual misconduct; permitting an inmate escape; accepting bribes from inmates or offenders; or introducing controlled substances or items into the correctional setting. Additionally, crimes committed off the worksite such as possession of a controlled substance, driving under the influence, battery, domestic violence and theft will also result in dismissal.

Also intended to increase department transparency is a newly compiled public database of inmate deaths. The database will allow users to search by facility, view the status of each investigation and manner of death, and will include summary reports on closed, non-natural death investigation. Case summaries from previous years will be continuously added.

“By taking advantage of technology, we are allowing the public to have access to the information about in-custody deaths that is available to us,” Crews said. “This is another step toward increasing transparency and accountability into the functions of the department.”

Additionally, Crews has given the green light to a Florida Department of Law Enforcement investigation of multiple inmate deaths. A Miami Herald article reported that the agency will now take the lead on more than 80 open cases.

The secretary also has announced plans to visit each of the state’s 49 correctional facilities “to emphasize the seriousness of this new policy and to deliver his expectations for transparency, accountability and professionalism,” according to a Sept. 12 statement.