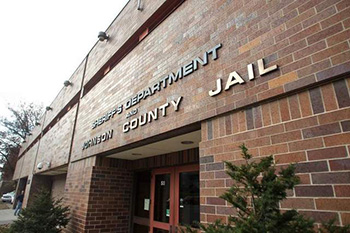 IOWA CITY, Iowa — Renovations to many of the Johnson County Jail’s security systems and controls began in April and were completed earlier this month. The jail, located in Iowa City, now has new door locks, cameras and an upgraded control room.

Much of the building’s security infrastructure dates back to when the jail was built in 1981, reported the Iowa City Press-Citizen. Because two bond referendums to build a new county jail failed in the past couple years, officials had to renovate the existing facility.

The facility now features LED lighting around the building and the control room, which received modern computers that replace the larger, outdated analog equipment. As a result, employees have more room to work at their desks. Newly installed security cameras also help eliminate blind spots around certain corners.

Several of the locks on the jail’s cell doors were also replaced. Not only will the locks provide more security, but the updated equipment will make it easy for the county to find parts when they need repairs. Only four or five doors were completely replaced, however, because the old doors were still in good quality, according to Iowa City Press-Citizen.

While most of the work is finished, new carpeting, ceiling tiles and a few more door locks are still on order, and employees are still making adjustments to the new equipment. The jail will also get a brand-new LED-backlit sign with the Johnson County logo to hang outside, replacing the old sign that dates back to the 1980s.

Locally based Selzer Werderitsch Associates completed the renovations, which cost about $900,000. That cost doesn’t include the amount the county spent housing inmates in the Muscatine County Jail during the four-month construction period. The Johnson County Jail is in the process of bringing inmates back from Muscatine until it meets its current capacity of 92 inmates. About 50 inmates will still need to be housed in Muscatine due to space limitations.

The Johnson County Jail staff also continued to work full time in different ways. Some were stationed in the main floor booking area, while others answered phones. Some jail deputies were also situated outside cellblocks, as the cameras normally providing views of the inmates were shut down during the project. Other staff members were in charge of transporting inmates to and from Muscatine County for court appearances.

While the renovations addressed immediate issues with the jail, they didn’t eliminate the future need for a new county jail that would meet modern building codes and safety standards.