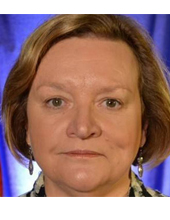 Julie Jones was appointed Secretary of the Florida Department of Corrections on Jan. 5, 2015, and was officially confirmed by the Senate Committee earlier this month. Before joining the Florida Department of Corrections, Jones served as executive director at the Department of Highway Safety and Motor Vehicles where she was responsible for the management of a $425 million dollar budget and more than 4,600 employees. Before this, she served as colonel at Florida Fish and Wildlife Conservation Commission. Jones is a member of the Airborne Law Enforcement Association, Florida Sheriff’s Association, Florida Police Chiefs Association, American Correctional Association and Association of State Correctional Administrators. She has also served as chairman of the Governor’s Law Enforcement Consolidation Task Force. Jones received both Bachelor and Master of Science degrees from Florida Atlantic University.