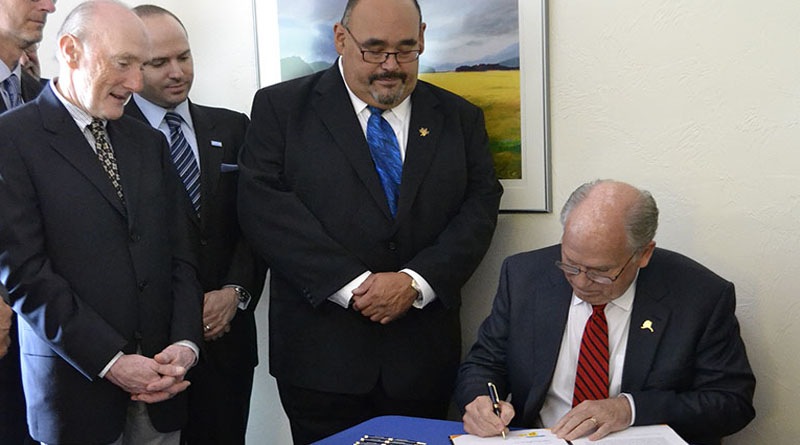 WASHINGTON — A recent report from the Washington-based The Sentencing Project highlights a variety of reforms made by state Departments of Corrections in an effort to reduce prison population and advance inmate rehabilitation. The report indicates that 17 states adopted such reforms in 2016, and that the “issue of mass incarceration has gained broader attention among diverse constituencies,” including lawmakers and civil rights advocates, contributing to a more receptive political environment for criminal justice reform.

Report author Nicole D. Porter notes that state lawmakers developed policies that address a variety of issues such as prison growth, punitive sentencing and racial disparity in sentencing. Below are several states that the report highlights in particular:

The 2016 passage of SB 91 aims to both limit prison growth and reduce recidivism rates, according to The Sentencing Project report. The bill focused on expanding alternatives to incarceration, reducing sentences for misdemeanants, making more inmates eligible for parole and capping required prison stays for inmates found to be in violence of their probation or parole.

Gov. Jerry Brown’s plan to continue trimming the state’s prison population, Prop 57, also received voter support in 2016. The proposition requires a judge’s approval for juvenile offenders to be charged as adults, expands parole eligibility for inmates convicted of some “designated violent” offenses and created a system through which inmates can accumulate behavior credits and potential sentence reductions, according to The Sentencing Report.

The success of SB 163 in Delaware raised the prior offense threshold that previously labeled offenders as habitual offenders and also eliminated mandatory life sentences for a third criminal conviction. As the bill is retroactive, it also allows those sentenced prior to 2016 to receive sentencing modifications.

Lawmakers approved Senate Bill 228, which removed aggravated assault from the list of offenses that fall under the state’s 10-20-Life mandatory minimum sentencing statute.

The passage of HB 1437 in Illinois instituted racial demographic reporting requirements that extend to arrests that do not lead to charges and diversion from prosecution, according to The Sentencing Project.

HB 1312, a comprehensive justice reinvestment initiative, repealed mandatory minimum sentences for nonviolent drug offenders and included a provision that decreases the age threshold for geriatric and medical parole for some offenses.

Among several reforms enacted in 2016, Minnesota lawmakers reduced recommended sentences for some drug-related offenses and raised the minimum possession weight for certain substances.

A number of states also took steps to improve former inmates’ odds of success upon release. For example, Alaska and Georgia opted out of a federal law that restricts food and financial assistance to those with felony drug convictions. Meanwhile, Delaware, Maryland and Virginia restored some voting rights to former inmates with felony records. Georgia and Massachusetts lawmakers additionally voted to allow retroactive reinstatement of driver’s licenses relate to drug offenses and to repeal mandatory suspension of driver’s licenses for drug offenses, respectively.

Colorado, South Dakota and Utah also made strides in juvenile justice reform, eliminating juvenile life without parole policies; while Louisiana and South Carolina each raised the age of criminal responsibility for youthful offenders, according to The Sentencing Project report.