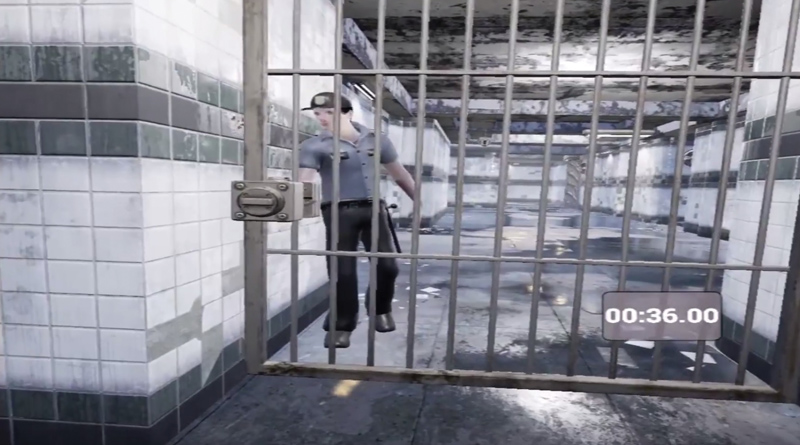 FRESH MEADOWS, N.Y. — If the movie “The Matrix” is any indicator, then virtual reality (VR) will someday keep our species distracted while we’re imprisoned in a robot alien energy farm. In real reality, however, this won’t be the case — not if a certain Dr. Raji Wahidy has anything to do with it.

Wahidy is the founder and CEO of Virtual Rehab, a technology company whose vision is to reduce the number of repeated offenses and re-incarceration rates through virtual reality correctional services and rehabilitation programs. Platforms like Virtual Rehab are on the rise to address the sobering statistic from a recent Bureau of Justice Statistics study that found that inmates released from state prisons have a five-year recidivism rate of roughly 77 percent.

“These statistics are high due to the fact that the root cause of the problem has not been addressed,” said Wahidy, whose company keeps offices in New York and Quebec. “The justice system within the U.S. focuses more on punishment rather than rehabilitation. Of course, there are some prisons out there that are doing a great job. However, the common theme is that we need to do more. Using Virtual Rehab’s solution, we focus our efforts on rehabilitation through the treatment of the root cause of the problem, whether it is lack of education or lack of job skills, which lead an offender to re-offend, or psychological problems.”

In a practical sense, virtual reality rehabilitation as envisioned by Wahidy requires about a 10-foot-by-13-foot floor space. Once inside, an inmate dons a VR headset, which provides a 360-degree visual and audio experience that recreates real-life scenarios with a verisimilitude that those who play contemporary video games will find familiar.

Within Wahidy’s VR environments, inmates can participate in a variety of programs designed to address four major skills: formal education, vocational job training, and psychological and correctional services rehabilitation. Inmates’ acquisition of these skills are key to reducing recidivism, according to Wahidy.

“With formal education, an inmate is not only taught your typical mathematics, sciences, grammar and business curriculums, we also educate them on things that we take for granted such as how to use an ATM machine, how to search for a job, how to follow instructions and so forth,” said Wahidy. “All of this is conducted within a fully immersive and engaging environment.”

Likewise, the virtual vocation training helps inmates develop skills they can put into practice upon release.

“For example, we would teach them the proper ways of becoming a car mechanic. Once again, this is all done within the virtual environment, which ultimately teaches them the different compartments of a car and ways to fix any issues that a future customer may be complaining about,” said Wahidy.

Psychological rehabilitation programs focus on treating the underlying symptoms of emotional disorders. An inmate with intermittent explosive behavior, for example, would be subjected to a scenario within the real world wherein he or she would be measured on the actions and reactions made when experiencing stressors that result in their behavior. Similarly, correctional services rehabilitation, including issues such as domestic violence, sex offending and alcoholism, also subjects the inmate to an immersive virtual environment with situations they could face in real life. The inmates’ reactions to the stimuli are monitored, and treatment objectives are enacted accordingly. Throughout this process, Virtual Rehab works closely with physicians, psychologists and therapists to ensure that the inmate’s symptoms are adequately addressed.

“We also request that a correctional officer or an administrator be available at all times during the treatment and the rehabilitation sessions,” explained Wahidy. “Following the completion of these sessions, a psychologist or a therapist may be further consulted in order to review these sessions with the offender or the addict accordingly.”

As much as VR can help inmates on the inside, it can also help those on the outside understand what the prison experience is like. Project Empathy, a narrative virtual reality series used the technology to create an immersive experience about the U.S. prison system. The VR experience dove into the emotional and physical experiences of incarcerated people to engender an understanding of what it’s like to live within the justice system.

“All of these positive applications led us to launching Virtual Rehab in order to help the most vulnerable populations out there,” said Wahidy, who is a registered volunteer with the United Nations and its UNICEF program. “We have found out that VR has been used in the past by the likes of Kaiser Permanente to treat patients with acrophobia symptoms with a 90 percent success rate. Moreover, VR has also been used in treating military combat personnel with PTSD symptoms with an over 75 percent success rate.”