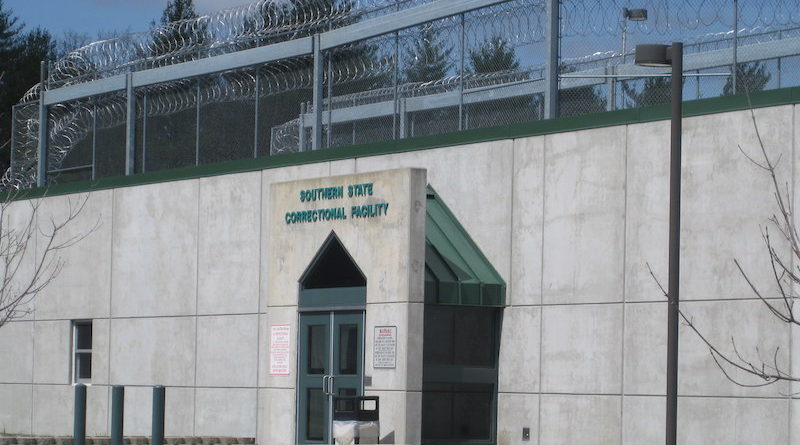 MONTPELIER, Vt. — Students sometimes complain that school is like prison; whereas, inmates don’t seem to mind when their correctional facilities are reminiscent of campuses. Approximately 925 inmates in Vermont state prisons might get the opportunity to test this chiasmus if Gov. Phil Scott gets his way with a proposed corrections facility in Franklin County, about an hour north of Montpelier, the state’s capital.

Scott’s administration pushed the idea as part of decade-long plan to upgrade the Green Mountain State’s mental health and correctional facility needs to the tune of $150 million, which would be financed using the state’s bonding authority.

The Agency of Human Services (AHS), at the behest of legislators, developed the plan to address improvements throughout the state’s facilities. AHS Secretary Al Gobeille approached the mandate by projecting the state’s needs 10 years from now and then working backwards from that timeline, as reported in Vermont Public Radio.

In all, the proposal would distribute the capacity for 925 beds throughout the northwestern part of Vermont, requiring the development of additional facilities. The breakdown would include 457 beds intended for male inmates and 175 beds for female inmates. A total of 120 beds would be reserved for federal offenders, with another 50 forensic beds as well as 25 beds for incarcerated youths. As of 2016, the Department of Corrections manages the operations of seven prison facilities within the state.

Should this initiative pass muster with both the House and Senate Institutions committees, the existing prisons in South Burlington and a probation and parole office in St. Albans would be closed down. Ditto the state’s juvenile facility in Woodside.

The governor’s proposal also includes building a new, larger facility in Middlesex, which is presently the site of a residential mental health facility. Likewise, the administration also hopes to reduce the number of Vermont inmates who are currently being sent out of state to private correctional facilities owned by Corrections Corporation of America. There are about 500 inmates currently being held outside the state.

Not everyone is a fan of the proposed prison plan for Vermont state prisons, including T.J. Donovan, the attorney general for the state of Vermont who recently opined in an editorial published in the Burlington Free Press:

“The Department of Correction’s (DOC) data shows a consistent decline in the number of incarcerated people as a direct result of the efforts to reform our criminal justice system. Most dramatically, DOC cites that, since 2009, our out-of-state incarcerated population has decreased from 729 to 266 just last year. The thing with jail is: If you build it, you gotta fill it.”