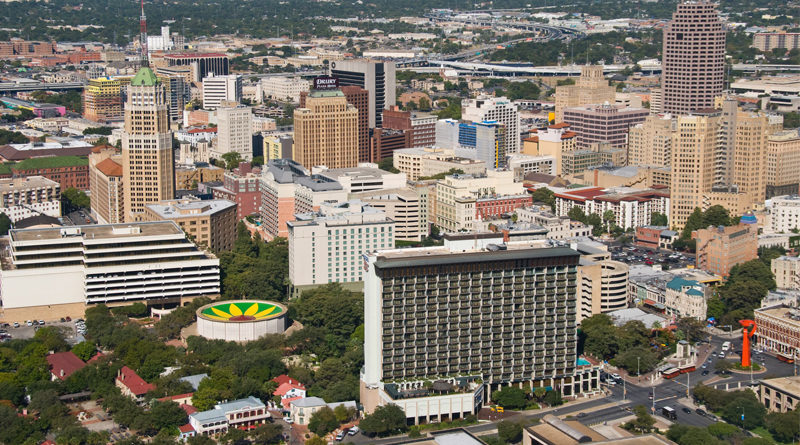 Construction on the new San Antonio Courthouse will commence in early 2019 and is slated to wrap in 2022. Photo Credit: visitsanantonio.com

Rep. Henry Cuellar (R.-Tex.) announced at a recent press conference that a new San Antonio courthouse complex will move forward, with $117.4 million being allocated by the U.S. General Services Administration (GSA) for the construction of a new courthouse in the second-largest city in the Lone Star State.

“I, along with U.S. Senators [John] Cornyn, [Ted] Cruz and the San Antonio Delegation, recently helped secure a $117.4 million U.S. General Services Administration (GSA) award for the construction of a new San Antonio Courthouse,” Cuellar said in a statement. “I would also like to recognize Former U.S. Congressman Ander Crenshaw, Former Chairman, Appropriations Subcommittee on Financial Services and General Government for his work on this matter.”

As reported in August by the San Antonio Express-News, the GSA approved the $117.5 million price tag for the new Courthouse at Nueva and Santa Rosa, which will entail some 230,536 square foot of space.

In his statement, Congressman Cuellar said he worked to secure funds through the 2016 Omnibus Appropriations bill, which allocated funds for new courthouse construction such as that in San Antonio. It was needed to replace an older facility, he said.

“The current courthouse lacks a protected perimeter, tests positive for high levels of contaminants in its water, and is missing proper heating and air conditioning controls,” Cuellar said of the need for the project in San Antonio. “Due to the types of cases that are handled, the building needs to have better security, which goes beyond simple repairs.

“The Wood Courthouse has kept the Western District going for nearly 50 years, but unfortunately it does not have the capacity to support it any longer,” Cuellar added. “The project to build a new courthouse was deserving of emergency appropriations because of the building’s numerous problems. The building’s water quality, air quality, space, safety and security issues go beyond simple repairs. I, therefore, am pleased to announce funding for the construction of a new courthouse immediately, which will transform the area and directly impact the San Antonio community.”

“I would like to thank the General Services Administration for laying out specific options and concrete next steps for this courthouse,” Cuellar said. “I am pleased to announce this funding and look forward to its completion and the benefits it will yield.”