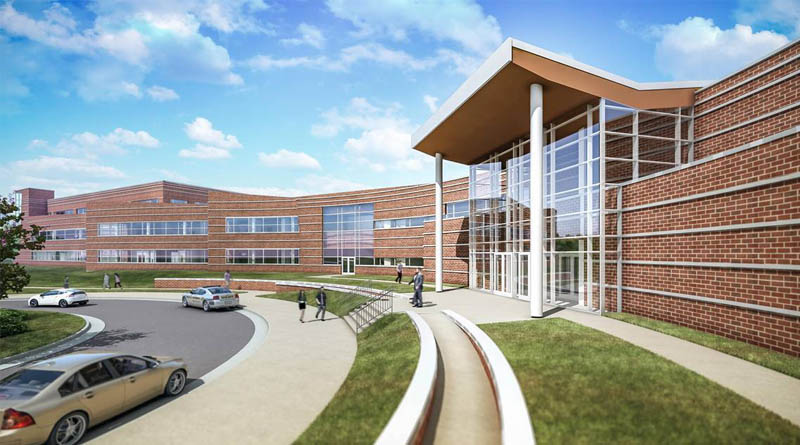 Moseley Architects is serving as the project architect and Leitner Construction Co., Inc. is serving as contractor. The final phase that is to be completed in September will include a renovation of the existing building.

The Herald reports that the courthouse and justice center complex was originally built in 1993. York County officials reportedly said the county had outgrown the building and needed to address space and security concerns.

York County voters reportedly approved an $89.7 million bond in November 2015 to evaluate and renovate county buildings, primarily at the Moss court and sheriff site in York and at the Family Court building on Heckle Boulevard in Rock Hill.

Before the 2015 Bond Building Program was passed, the facility underwent a 21,600-square-foot renovation that was completed in 2010. The $11.4 million project led by Rock Hill-based J.M. Cope included the addition of a new cell pod and renovations to existing facilities. The scope included a 128-bed addition and renovation to convert a detention center. The renovation area included door replacement at Detention Housing A plus accommodations for a new video visitation system.

A report from The Herald contributed to this story.