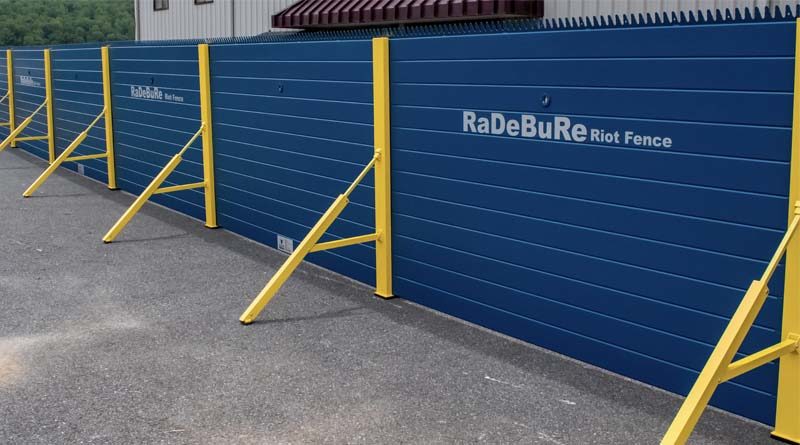 RaDeBuRe Riot Fence provides a rapidly deployable ballistic barrier tested in accordance with UL-752 standards by NTS, an independent ballistic testing facility. A security team can erect 100 feet of barrier in an hour. A typical city street can be shut down in minutes, all without the use of any heavy equipment.

RaDeBuRe Riot Fence has six- or eight-foot-high panels, typically 10 feet long. An entire mobilization system, which included rolling, raising, lowering and maneuvering, was developed to facilitate rapid deployment for riot and crowd control, as well as crash or ballistic protection.