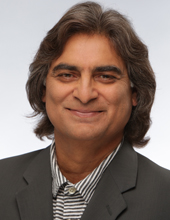 Kavinder Singh was recently named executive vice president of KMD Architects in San Francisco. Prior to his new appointment, Singh served in numerous positions at Turner Construction Company, including as vice president and general manager in the firm’s San Francisco office, and as vice president and country manager in Hyderabad, India. Prior to that, Singh was the manager of business development for Turner, focusing on the Oakland East Bay Area of California. He began his career as an architect with Chris Castelino Consultants in Kuwait. Singh earned a bachelor’s degree in architecture from Chandigarh School of Architecture and master’s degree in building construction and construction management from the Rinker School of Construction at the University of Florida.