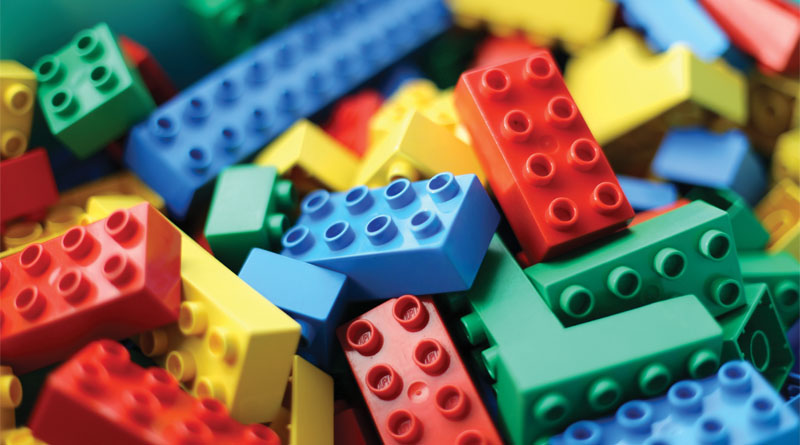 Think of modular design and construction as planning, designing and building with Legos.

In the simplest of scenarios, think of modular design and construction as planning, designing and building with Legos. Today, when many consumers think about or discuss anything modular, you’ll overhear conversations about graphic designers and Ikea furniture. Having its evolution in the Pre-Fabricated Home industry, what’s keeping me up at night is that modular design and construction has not taken off as much in our industry, even though its mainstream introduction dates back to the early 20th century. Back then, Sears Roebuck Co. sold close to a million pre-fabricated, modular homes between the years 1910 and 1940. During this period, the economy was struggling to grow, and pre-fab homes offered a faster, more affordable alternative for many families that were in need of shelter.

The sophistication of modular buildings has greatly increased due to computer-assisted and information modeling designs. Also helping to progress the use of modular construction is the ability of cranes to make modular buildings and components wider and to erect them to heights beyond their previous low- and mid-rise limits. The fact that modular building components can be moved and relocated also added to their appeal, particularly among companies that build similar designs from one site to another or have multiple location needs for construction types the market generally demands.

Today, and moving deeper into the 21st century, the manufacturing of modular building components will continue to provide strategic advantages when compared with on-site, stick-built construction. In my opinion, construction site safety is the biggest benefactor of modular construction. Recent metrics have proven the use of modular construction has dramatically lowered lost-time injuries and Occupational Safety and Health Administration (OSHA) recordable events, due to less manpower on site, less construction debris, stored materials, on-site construction traffic and safer practices inside assembly plants and on the project site erecting the components. Other benefits that won’t cause you to lose sleep include:

• Faster and more efficient construction due to weather delays

According to a recent Associated General Contractors of America poll of architects and builders who use modular construction:

• 66 percent of respondents reported schedules are decreased, 35 percent by four weeks or more

• 65 percent reported budgets were lower, and 41 percent said they were lower by 6 percent or more

• 77 percent reported that construction waste was reduced, 44 percent by 5 percent or more

Considering the above, you can assure yourself a better night’s sleep maximizing the use of modular building components.

Modular construction is oft times confused with pre-fabricated construction, yet there is a difference. In prefabrication, a system may be built on or off site, but usually involves only one trade or craft. On the Curren-Fromhold Correctional Facility project in Philadelphia, the construction included the use of modular pre-cast cells. The plumbing “guts” inside the cell chase were manufactured on site and the “trees” were installed after the modular cells arrived on site and were erected. The plumbing was prefabricated. Modular construction is best described as the work of many trades or crafts working together to build a complete unit, say, a fully fitted cell, or perhaps a totally outfitted bathroom with all the walls, ceilings, plumbing, electric, tile and paint in place when the unit arrives on site for installation.

Modular Can Be Faster, Better

The definition of modular starts in the design. A good modular design includes elements that fit together, made to be interchangeable, such as parts and components you can use in this building and perhaps future buildings or additions. The use of a distinct grid is an effective way to organize and manage content. Like this magazine, layout into grids is essential to economy.

Whether you’re considering designing and building a complex structure like a new jail, prison, courthouse, police station, mental health treatment facility or perhaps creating a simple structure like an office building, in order to sleep well at night, you would do well to explore maximizing the use of modular components or a total modular solution.

Manufacturing partially or fully finished components that can be installed into the work at the job site has a positive effect on the construction schedule. These economies trickle all the way down to the purchaser. Construction outcomes are usually more predictable when using modular components and systems. When using modular concepts, chances are a majority of the weather-sensitive work components are being produced inside a factory or controlled environment. That means no more sleeping in on rainy days. While an increased use of modular concepts shortens construction time, getting a project completed sooner isn’t always beneficial for user group or stakeholder involvement. Consider building a new correctional facility; you need staff to run it. If the facility is a replacement, you need time to train on the new systems and features. However, I haven’t met a sheriff yet who didn’t need something yesterday. Modular can provide predictable outcomes in uncertain scenarios.

When it comes to quality, modular provides a better chance at smaller punch lists. Manufacturing components off site gets rid of the old “industry standard of quality.” This higher quality translates into cost savings down the road on issues of maintenance. The controlled environment of a manufacturing plant fosters quality workmanship, much like a clean, well-lit construction site. Construction defects and rework can plague a project, kill schedules and ruin bottom lines. When you can prevent or eliminate these industry illnesses by getting something right the first time, better outcomes are possible.

Another benefit of modular construction is it can simplify on-site project management. Simplifying trade coordination and sequence of work is a common goal for every construction management team.