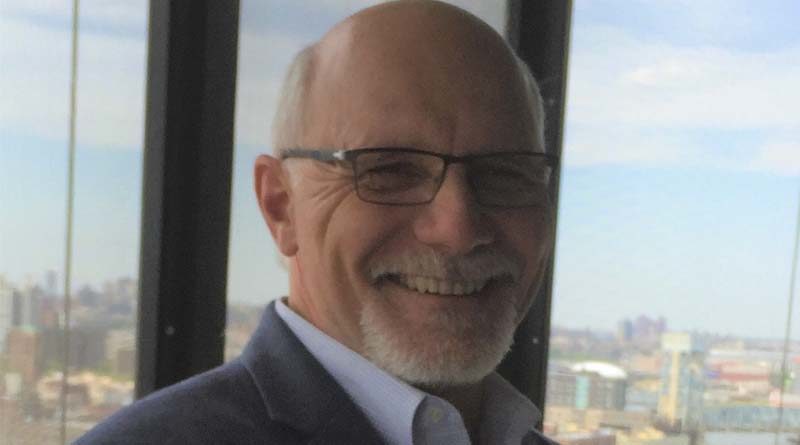 Lenaway’s career with the architectural products manufacturer began with a family connection over 40 years ago. Following graduation from the University of Central Florida in 1978, Jim Lenaway returned to his hometown of Kane, PA to work as a disc jockey at WKZA 960 AM under his father Ed Lenaway, also known as on-air personality, DJ Guy Willey. During this time, the elder Lenaway introduced his son to close friend and Kane Security Screens’ VP of Sales, Bill Carlisle.

“As a way of introduction, we played golf. At the end of the round, Bill invited me for an interview the following week,” Lenaway said. “I met with Richard Singer and Marvin Goldman, former owners of Kane Innovations – known then as Kane Manufacturing Corporation.”

The interview was a success, and Lenaway immediately began his tenure as draftsman before moving on to estimating two years later.

Lenaway continued to progress within the company. He accepted an Assistant Sales Manager position, which led to a high-level role as National Network Sales Manager in 1986. He resigned from Kane Innovations in 1990 to pursue other ventures, but rejoined the team in 2004 for five additional years, and once more for another six, beginning in 2015. He held the role of National Sales Manager for the duration of both rehiring terms.

Throughout the detention industry, Jim Lenaway is most celebrated for his involvement in pioneering the Vantage Wall product and spearheading the inception of Kane Innovations’ Kane Detention brand in the early 1980s. Today, Kane Innovations’ Vantage Wall product continues to perform as a best seller for the company’s Kane Detention brand, boasting thousands of prison, jail and correctional institution installations across the nation.

As for retirement plans, Jim Lenaway said his schedule will be full, but productive. In addition to taking on the role as pastor for a local church, he will be joining his wife, Beth, in promoting her new book.

After 23 years at Kane Innovations, Lenaway said that he’ll miss the people the most – from coworkers and outside sales reps, to purchasers and specifiers – and the sentiment has already been returned in kind. When news of his retirement was announced unofficially months ago, invitations to visit began pouring in from architects in New York City, contractors in Texas, and customers in Los Angeles.

Kane Innovations also expressed their gratitude for Jim Lenaway with a warm send-off. He was the guest of honor at two retirement events prior to his official departure from the company on June 30, 2021.