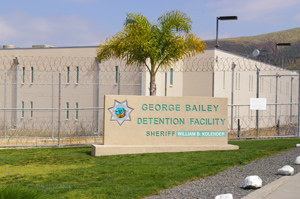 SAN DIEGO — San Diego Superior Court judges will begin sending low-level felony offenders to county jail instead of state prison in October, but some say the state’s decision to require local jails to house nonviolent criminals will be done at a cost.

County officials say they will receive less money to house the inmates than they had anticipated.

The county expected to receive $32.7 million for the fiscal year to incarcerate, supervise and provide treatment services to inmates and others previously housed by the state, and that number is likely to shrink.

Public Defender Henry Coker agreed with Dumanis’ overall figure of $100 million and said his office would need more than $1.1 million a year to pay for five new deputies, support personnel, facilities and training.

Whatever amount San Diego County ultimately receives, the bulk would go to the Sheriff’s and Probation departments. The sheriff runs the county’s seven jails, and probation personnel supervise more than 20,000 adults and juveniles in the community.

Mack Jenkins, the county’s chief probation officer, said his department would need $12 million to $14 million annually to pay for more officers and support staff. It is also estimated that the county would need more than $30,000 per inmate a year.

The $86 billion budget that Gov. Jerry Brown recently signed includes deep cuts to government services and the courts. Earlier this year, he signed the legislation to allow tens of thousands of non-serious and nonviolent offenders to serve their sentences in local jails rather than prisons.

The move was intended to save money and help California comply with a U.S. Supreme Court ruling, which ordered the state to reduce its prison population by 37,000 inmates over two years.

Under the plan, officials expect about 2,000 low-level offenders to be released from prison after October to return to San Diego County and be supervised by probation. About 2,000 non-serious, nonviolent offenders sentenced after that date also would serve their sentences in county jail instead of prison.

Parole violators would serve their revocation sentences in county jail, not prison.

Officials say jails will fill to capacity in 2013 but they currently have room for about 800 new inmates.

In 2014, the corrections department plans to reclaim 1,000 beds from a private prison on county land in Otay Mesa that is being used to house federal prisoners.

The plans also stipulates that parole revocation hearings for certain offenders must eventually be handled by the local courts, instead of by the state Board of Parole Hearings.