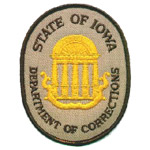 DES MOINES, Iowa — Iowa was able to restore its prison system after letting the prison population get out of hand in the 1970s — but now is falling back into dangerously familiar territory.

Iowa currently has nine prisons and house more than 8,000 inmates, which is nearly 22 percent above what they were designed to hold. That number is expected to increase according to a forecast by the Iowa Division of Criminal and Juvenile Justice Planning. They have projected the number of prison inmates to grow by another 2,500 inmates over the next ten years, putting Iowa prisons at 50 percent above capacity.

Issues with overcrowding are affecting everyone from prisoners, prison staff and even taxpayers. If Iowa does not act by providing greater funding, prison reform, or both it could come at a cost to taxpayers when the state must build and operate new prisons.

The two major issues recently with Iowa’s prisons are laws enacted by the legislature eliminating parole eligibility for some inmates and providing special sentences for sex offenders.

Most convicts are automatically eligible for parole long before completing their sentences — but now the legislature has eliminated parole for some violent crimes and requires other offenders to serve at least 70 percent of their sentences without negotiation. Providing prisoners the chance for parole is an essential tool for limiting prison population as well as providing incentives for prisoners to have good behavior.

According to some Iowa officials the legislature should let the courts, corrections officials and the Parole Board tailor sentences that fit each inmate — instead of instilling a universal holding requirement for all inmates.

In 2005 a law was passed that requires sex offenders convicted of certain sex crimes to serve extended sentences on parole, ranging from 10 years to life, after being released from prison.

This might not seem problematic as it seems like it could reduce prison population by releasing these inmates out on parole — however this special type of offender has proven to violate parole and in turn is brought back to prison to serve out their parole violation charges. Sex offenders have a different profile — as do all inmates — and may need special monitoring for a short time while on parole.

Again, some Iowa officials believe the best option is to have the courts and Parole Boards decide which inmates should have more careful monitoring.

While the legislature is currently reviewing its options, the conditions at Iowa state prisons are not improving and some staff members are concerned about security.

Homan explains that the Iowa Medical and Classification Center, commonly known as Oakdale prison is extremely understaffed — there are currently 57 fewer staffing positions than in 2010.

The state responded to the need for additional correctional officers in order to provide the necessary security and safety needed in Iowa prisons.

“The department is grateful Gov. Terry Branstad recommended and the legislature approved funding for 40 additional correctional officer positions in the current FY2012 budget,” said Fred Scaletta, spokesperson for the Iowa Department of Corrections.

With the additional staffing Homan still is not satisfied with the state, as the only prison adding correctional officers is Anamosa State Penitentiary — adding 20 and Clarinda Correctional Facility adding the other 20.

“There is still a shortage of officers. We have routinely not been provided breaks or meal hours. The officers don’t even have an opportunity to take a five-minute break,” said Homan. “They refuse to hire overtime. We then run short on officers and this becomes stressful for the officers who are on duty. It’s putting everyone in jeopardy.”

The shortage of officers is putting pressure on those working at the facility to work in conditions they are not suitable for.

“Today at Newton Correctional Facility, we have correctional councilors working the living unit — that’s not their job,” said Homan. “They aren’t trained to do that. Next they’ll be using other unqualified workers. It’s not safe.”

Not only is the staff being subjected to an unsafe work environment but the prisoners are also met with poor conditions that could affect their abilities to recover upon release.

Funding may take away the necessary programs or at least cut back on rehabilitation efforts for inmates. According to Homan, many of the inmates are eventually going to be released and when they do rehabilitation should be a goal.

Iowa may be in a tough spot right now with its overcrowding issues — but a similar situation in Texas was resolved and resulted in no cost to taxpayers and a safer environment for all.

Republican Texas State Rep. Jerry Madden has become one of the country’s leaders in correctional reform. He was challenged with the task of reducing prison population without compromising public safety, and his answer was not to build more prisons.

“We started our 2007 legislative session with a forecast that said we were going to need 17,000 and a few hundred additional prison beds by 2012,” said Madden. “The cost of a prison in Texas is somewhere around $200 million to build, roughly.”

That meant in five years Texas would have to build eight new prisons spending an estimated total of $1.6 billion.

By providing non-violent offenders the option of treatment plans it saved the state costs to house them in prison and prepared them for their future after incarceration.

“One thing we have in prison: They get free room, free board and free health care, at the public’s expense,” said Madden. “And if we put them out there as a person who has a job and working and living with their family, they may end up paying taxes.”

As a result of Madden’s bill Texas built no prisons, saved money and experienced a drop in the crime rate as well as the number of inmates committing crimes after their release.

“It was a perfect storm — that said, this was the perfect time of opportunity,” said Madden.