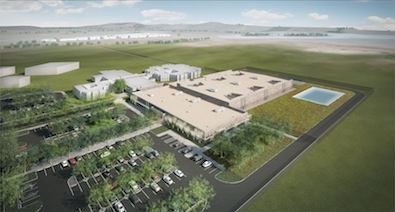 FAIRFIELD, Calif. — Solano County has design plans in hand for a new jail in Fairfield, Calif., which will help combat overcrowding in the county’s two other jail facilities. The county is currently seeking contracting bids for the project, which is slated for completion in 2014.

“It’s moving along but there isn’t anybody moving the dirt yet,” said Solano County Supervisor Mike Reagan.

Funding for the project came in part from a state grant totaling $200 million awarded to seven counties to help them prepare for realignment.

Solano County was awarded $65 million from the grant, covering the majority of the $89 million facility cost. The remaining $24 million will come from a special fund that the county has set aside specifically for jail building.

The need for the jail is essential after AB109, according to Solano County Sheriff Gary Stanton. Prison realignment is plaguing county jails with an influx of inmates from the federal system — meaning plans for the 362-bed detention facility will need to address the possibility of housing long-term inmates.

The 126,700-square-foot facility will be a maximum-security jail and will share a site with the county’s medium-security Clay Bank Jail. Once the new facility is built, Clay Bank will start to offer programs including treatment for drug offenders.

“Clay Bank Jail is an older facility and has program space, so as we open up this new facility we’re able to return Clay Bank to the kinds of uses that we originally hoped for,” Reagan said.

“The staffing resources at Clay Bank can be redeployed into the new facility, especially while we are refitting the existing Clay Bank facility back to lower intensity and programming uses that it was originally designed for,” Reagan said.

Addressing overcrowding with the new facility is all about timing, according to Stanton.

By opening up the new jail, Stanton said he hopes to balance out the inmate populations at the two existing jails and prevent overcrowding.

“Realignment has made me concerned about overcrowding,” he said. “We have to be very careful with the timing here. If there’s any delay in construction we run the risk of experiencing overcrowding.”

The county has received architect renderings for the project from the San Francisco office of HOK Architects.

The bids for contracting and sub-contracting jobs are due to the county by May 16. The contracting award should be given in late June, according to Reagan.

In 2008 Solano County planned for a 512-bed jail on the same site and received bid qualifications before financial constraints led to the project’s cancellation. The new project will be on a slightly smaller scale with 362 beds at the jail.

“We were able to reuse a lot of the design work for this project. In our last plan we actually had bids in hand that were really good, but basically with the economy in 2008 we had to suspend the project,” he said.

The design is similar to the design in 2008 but will focus on efficient staffing in order to address realignment issues.

“They will also be putting in video visitation to maintain security and reduce movement in the jail,” said Reagan.