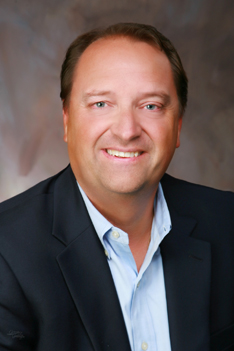 DENVER — Charles Veniez may be the new kid on the block when it comes to the correctional industry, but he is already showing tremendous leadership as the new president and chief executive officer (CEO) for Montgomery, Ala.-based Norment Security Group, a part of the Gores Group portfolio of companies.

Veniez dreamed of being a doctor in the Navy when he was a child, but instead of healing the wounded, he now plays a crucial role in keeping criminals behind bars, which many might argue is equally important.

Veniez was born in Montreal, Canada and received his MBA from Queens University in Ontario, Canada. He has a background in physical and electronic security, most recently with United Technologies Corp. In the past, he has been involved in the implementation of security and lock systems. For nearly 15 years, his security experience has ranged from hotels, cruise ships and military bases to universities. While at United Technologies Corp., he ran the company’s construction services and fire safety business in the U.S. for several years.

“From experience and the most recent construction role I was in, it was really the perfect fit for what Norment does and what Norment wants to do moving forward,” said Veniez.
Veniez explained he heard about the position from a friend-of-a-friend that connected him to the Gores Group. From there, conversations continued for several months until he officially took the position in May.
“They educated me on the industry and honestly their vision for the business. They felt that my past experiences would make me a great fit for where Norment and its legacy want to go,” he explained.

Veniez was present at the American Correctional Association’s (ACA) annual summer conference in Denver where he was introduced to major companies and faces in the industry.

“I’m here today making the rounds. The last two months I have literally been away. I’ve been visiting customers, visiting suppliers, visiting all of our employees and all of our offices,” Veniez said. “It’s been a constant move, so that has been the biggest challenge; getting to see everybody, understand everybody and understand as much as possible about the industry, as quickly as possible.”

In his new position, he is responsible for all the Norment Group companies, including Engineered Control Systems, Inc., Trentech, Airteq and Norment Security. Despite the constant travel, the actual transition into his new role was as comfortable as could be, according to Veniez.
“Norment did a very good job at showing me what the expectations and issues were, as well as making sure the chemistry was right between myself and the organization. That is sometimes a bigger issue than experience and background,” Veniez said.

Norment is currently working on several projects, although Veniez could not disclose them, as they have not yet been made public. However, he explained the company is well-positioned despite some tough times the industry has seen in recent years.

Although his experience in the security market is impressive, he had to change the way he looked at security in his new role.

On the security side, he would secure hotel guests and dorm room occupants, whereas now in corrections he’s working with systems to contain inmates to a space.

“The rest of what I’ve done and what this industry is, is very similar. The construction and business aspects are the same, so the bigger difference is probably just the people. I don’t have the Rolodex of all the people in the corrections industry,” he said. “This seems to be a very small industry and everybody knows everybody, so that is very different from what I’ve been part of in the past.”

As Veniez gets himself familiar with the faces in the industry, he said he feels confident he made the right move by taking the position, especially given his support system at home in Atlanta, Ga., with wife, Helene; and children, Stephanie, William and Rachel.

“They are my biggest cheerleaders and are thrilled about the Norment opportunity.”
When he is not away for work, his time is spent with his family, two dogs and an occasional trip to the links.

“Since I travel so much for work, all of my spare time is focused on family time,” he said. “And I pretend to golf about three to four times a year.”

His first few months in the industry have been informative, especially when he was able to sit down with a few business leaders at the ACA show to discuss the issues the industry is facing and how he can work that into Norment’s business plan and try to improve those conditions.

“People have been very open and very curious as to see, ‘what does the new guy have to say?’” he explained. “They’re anxious to hear the ‘newbie’s’ perspective.”

The construction market in general has experienced some loss, but as the economy continues to pick up he is confident Norment will continue to be a strong presence in the industry.

“Clearly the message that we’re all hearing is how difficult the markets are and what we’re working through now is ‘what does that really mean,’ and we’re right in the beginning of trying to figure that out and understand it,” he said. “From there we’re looking at how Norment is positioned, and at the end of the day that’s my job — to make sure that Norment is in the best possible position, regardless of what the market’s doing. We’re there from an opportunity perspective, to capture it when it gets better and we’re also doing as well as we can when the markets are tough. So when is that going to change and how is Norment going to fit into those pieces? That’s kind of right now, that’s what I’m doing. I’m figuring it out from Norment’s perspective.”