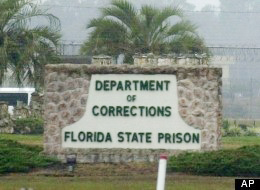 TALLAHASSEE, Fla. — Some counties in Florida are worried about a current proposal on the table that could shift about 5,600 inmates from state prisons to county jails.

So why the sudden shift in the state? It is all about money, of course. The Department of Corrections claim that the proposal can reduce costs and save the state about $47.7 million a year, according to documents filed with Gov. Rick Scott’s office.

The problem with the proposal lies with the counties who are then expected to house an increasingly large amount of inmates — more than most jail facilities can hold. California has seen this firsthand with AB 900 or realignment, passed in 2011, which authorized $7.7 billion ($7.3 billion in bonds and $350 million from the state’s general fund) to fund the addition of 53,000 state prison and local jail beds to relieve severe overcrowding, improve conditions and offender outcomes, and ward off the threat of federal court intervention. Florida hopes to follow with similar measures, but perhaps better results.

The results in California have been criticized by many counties who have become overwhelmed by the influx of state inmates in the county jail system.

If the proposal is approved in Florida it would potentially affect 5,600 inmates statewide and cost the counties $100 million a year, although the dollar amount may be conservative, according to an analysis by the Association of Counties, a lobbying arm of county governments. The figure does not include the increased costs for inmate medical care and staffing and renovations to current jails that may not be able to accommodate higher-level offenders in their current capacity.

Some of those worrying about realignment in California argue that it does not solve the problem; it simply shifts the problem from the state to the counties. The numbers in prisons may be decreasing, which is the ultimate goal, but now the new problem of overcrowding in county jails is emerging.

Since realignment overcapacity is down to about 155 percent, which may not sound like an improvement, but it is. To comply with the Supreme Court and the realignment ruling, the number must fall to the precise level of 137.5 percent by next year, according to the Economist. Matthew Cate, California’s prison boss, explained to the Economist that the state has met the court’s first target for lowering prisoner numbers and might have to ask for only a short extension to satisfy the final count.

Just as some progress was being made, the bad news always comes rolling in. Counties are not satisfied with the numbers, as it simply means they are being stuck with the state’s problems. Merrick Bobb, the independent counsel of Los Angeles County, estimates that its jail population rose from 14,500 in 2011 to 17,000 in February 2012, and could grow to 21,000 by 2015 due to realignment. This would raise “inmate tension”, he noted, and thus violence in a jail system that is already under investigation for abuses of inmates, according to the Economist.

Overcrowding in jails is already an issue in Florida, as 20 percent of county jails are currently full or over its designed capacity, according to the Association of Counties.

Boward County and Palm Beach County could both be affected if the proposal passes in Florida. Both counties do not have the space needed to house state inmates, or the funds to build new facilities. Some solutions on the table would be to reopen facilities, which would require them to hire more staff.

Although current possibilities are being tossed around throughout the counties, a department spokeswoman called the proposal a “creative suggestion” for how corrections could cut its $2.3 billion annual budget, but for the moment she said it is “off the radar.”

County officials note that lawmakers often use such money-saving proposals as a starting point when they begin to craft the state budget, adding that county officials, including sheriffs, have worried for years that the state would consider such a move. The Association of Counties said defeating it would likely be a top priority for them, according to the Economist.