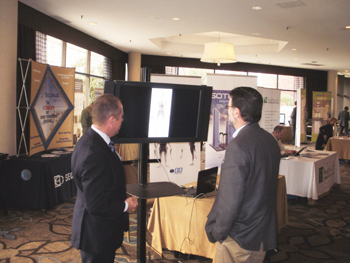 WASHINGTON — The Institute for Defense and Government Advancement (IDGA) recently concluded its Prisons and Correctional Facilities Summit in Washington D.C. The conference welcomed 100 high-end individuals from both government and industry to attend seminars and try to answer questions that are pressing many in the industry.

The conference was held at the Hilton Alexandria Mark Center on Dec. 4 and concluded on Dec. 5 with a summit wrap-up session.

There were several speakers at the event including, Scott Marquardt, president, chair and CEO of MTC; John M. Hurley, senior vice president and president of GEO Corrections and Detention; Timothy P. Ryan, managing director of the Miami-Dade Corrections and Rehabilitation Department; Dr. Robert Mackey, senior vice president of CEC; Don Head, commissioner of correctional service of Canada; and Scott Stermer, assistant trustee for procurement and detention trustee for the U.S. Department of Justice.

The first day of the summit began with nearly hour-long discussions focused on privatization, cost efficiency, and improving operations in correctional facilities. The final day focused on reentry and specialized populations, a focus on security electronics, risk and case management, best correctional practices and challenges on race and citizenship in U.S. prisons. 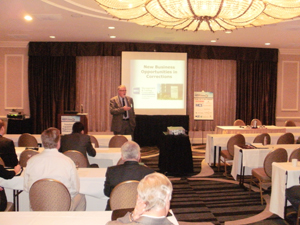 The summit is in response to the challenges in the correctional market in terms of overcrowding, technology needs and privatization, according to IDGA.

Although just 100 members attended the summit — the prison and correctional facilities market affects millions. There are approximately 117 federal prisons, 1,200 state prisons and 3,750 local detention/jail facilities in the U.S, according to IDGA. Also, over 400,000 correctional professionals exist with an inmate population of 2.3 million. Every year approximately 11 million inmates spend time in a correctional facility, according to information released by IDGA.

IDGA hosts several conferences throughout the year focusing on all aspects of defense, not just prisons and correctional facilities. Events take place throughout the world, including the current conference on military flight training taking place in Abu Dhabi, Dec. 10-12. The next IDGA show for prisons and correctional facilities will not take place again until December 2013.