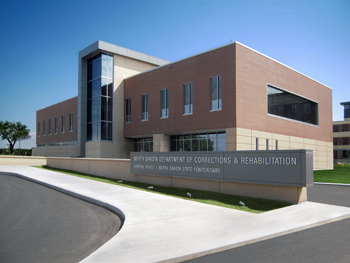 Construction on the maximum-security prison, which will include the replacement of some antiquated facilities dating back to the 1800s, began in 2010. BWBR Architects, with offices in St. Paul, Minn. designed the much-awaited project.

“The biggest challenge in this design was taking a facility that, over the years, had been added on to multiple times and doing a major expansion to that facility that made sense from both a secure and organizational stand point,” said John Strachota, vice president AIA, LEED AP.

The $64 million expansion will allow for updated technology and increase the number of beds from its current 560 to 810. The new cellblocks will have clean sightlines and feature 400 installed security cameras, whereas the old facility only allowed for 35 security cameras, and a new administrative segregation unit will accommodate several classifications of inmates. It is the largest expansion of the prison since it’s establishment in 1885.

“What drove this project was capacity needs, modernization of secure systems and updates in the corrections environment,” Strachota said.

The expansion will also provide the prison with much needed updates in medical care with a clinic and hospital facility. Prior to the expansion, inmates were often taken off-site to receive medical attention and receive exams or were housed in poor quality facilities.

“They were doing a lot of care in various substandard medical conditions and they really wanted to update that,” Strachota said. “For example, they had hospice care in some very antiquated facilities and it was difficult to get around the beds for care access.”

With an aging and growing inmate population, the facility was serving close to 700 inmates with just five infirmary beds, according to Leann Bertsch, director of the North Dakota Department of Corrections and Rehabilitation.

“Now we have a long term or chronic care unit with spacious handicap accessible rooms, which will allow for easier access for staff to care for them,” Bertsch said.

The old medical unit was on the second floor, which is quite dangerous, Strachota said, and the layout of the medical units was counterproductive. The various individual rooms of the old medical care facility made it difficult to assure security and safety for both inmates and correctional staff.

“The first major thing we did was a practical one,” Strachota said. “We separated the hospital beds from the clinic.”

While clinics operate daily with a set schedule and close at a certain point, hospitals provide care 24/7. This made it possible to have the two health service facilities to be next to each other, but the clinic could be closed off while the hospital continued operations.

“Even within medical sometimes you have very destructive inmates that are in dire need of medical attention, so they can disrupt the whole infirmary,” Strachota said. “What we did is we have what I would call a dayroom in the medical wing with almost all the patient beds are surrounding this dayroom, which has a nursing station in it.”

Behind the nursing station is a security post, assuring high security in the medical units.

According to James Lockwood, BWBR marketing coordinator, with nearly 50 percent of the firm’s work is in healthcare, which provides great benefits to correctional designs.

“We’re doing quite a bit of unique work in behavioral health and we’re able to lean upon some of that work as we go into these corrections environments,” Lockwood said. “It is about creating an environment that is calmer both for the inmates and the staff.”