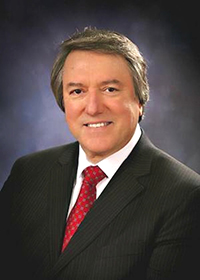 Missouri Department of Corrections (MDOC) Director George Lombardi began his career in corrections in 1972 as an intern working toward his master’s degree in psychology. Having the option of either serving his internship at the state hospital or the Missouri State Penitentiary, Lombardi chose to begin his career with the MDOC with no knowledge of the industry or the great waves of evolution he would witness in the span of his career. Having entered the industry during an era when mental health facility scandals were rampant, the director watched the corrections systems take on a role as a mental health care provider and saw lawmakers begin to take far greater interest in the goings on of the department. Since his entrance into a career in corrections, Lombardi has seen the state’s prison population swell from just 3,000 inmates in six correctional facilities to the current 30,000-inmate population in 20 correctional facilities throughout Missouri. Lombardi previously held positions as the assistant director and later the director of the Division of Adult Institutions, and also served as a warden in the department for seven years.

Lombardi speaks with Correctional News about the MDOC of the past and the great strides for inmate rehabilitation today.

Q: What are some of the greatest differences between the MDOC in 1972 and the MDOC today?

Lombardi: Services and classifications were non-existent back then, and now we have a very sophisticated classification system that takes into account a person’s needs as well as the safety issues related to their crimes. We now separate offenders from those who have long terms and those who have short terms, separate offenders who are aggressive from those who are vulnerable from aggression. All those changes have occurred as the years have gone by.

And also, of course, the medical and mental health issues, those are related as much to the courts stepping in and evolving the definition of constitutional confinement to the point of which incarcerated personnel are to have those kinds of services that approximate the general population. That wasn’t necessarily the case when I started. In fact, medical and mental health services were abysmal. A lot of it had to do with court cases, but it also had to do with evolving philosophies in terms of people that are leaders in corrections.

Q: What were some of the major changes you have seen in medical care for inmates?

Lombardi: When I walked into the system in 1972, medical care was horrible. It was very violent and there were a lot of stabbings and murders back then. I tell the story, which is the truth but it seems bizarre, that there was particular inmate in our system that when inmates got stabbed in the penitentiary, they wanted that inmate to sew them up — not the doctors. He became an expert and when he got out of prison, ultimately he passed himself off as a physician in Venezuela. I share that little anecdote because it speaks to how inadequate medical care was. And, once again, in systems across the country the courts stepped in and said this can’t be, this is not humane.

Now, we’re particularly proud of medical care for our offenders because we think it’s critical that when they are released they are as healthy as they can be so they don’t commit crimes and come back to prison. Keep in mind the needs of defenders are great, because many of them have abused themselves in the community with drugs and alcohol. We have great need in our prison system for medical care and a lot of the onset for medical care comes earlier than the general public because of that.

Q: How has the department changed for correctional officers and staff?

Lombardi: As you might expect, when you have a system back then, which was violent and difficult, you’re not going to attract the best personnel to work in that kind of environment. As things have gotten better, we’ve been able to recruit more and more quality personnel. People that major in criminal justice now see corrections as a possibility.

The training that has occurred for officers has absolutely improved tremendously. And that has been another area of litigation in the courts because failure to train in the past was a common finding by courts in inmate lawsuits.

Q: How has society’s vision of the MDOC changed since 1972?

Lombardi: I think people’s thinking has evolved. One of the things we have emphasized in our department is restorative justice; that’s a major focus in our department. Every prison is engaged in restorative justice. That includes impact of crime on victims classes, which is a curriculum that all offenders going on parole need to have. We actually bring in victims to speak to the effects of crime on them and their families so inmates can learn how their activity and personal behavior has affected others. This is all in an effort to develop two issues that are missing out of their lives. That is the lack of compassion, either they didn’t have it to begin with or they had it as children but it was suppressed because of childhood trauma. We have a lot of offenders that have had significant childhood trauma. Anything we can to infuse in or inculcate that quality in inmates I think can make a difference in their thinking and in their emotional makeup. That then leads to the issue of altruism, the giving of others, which is what restorative justice is all about.

Q: What are some of the most important technological advances you have seen in the department?

Lombardi: The single most technological advancement is the use of video cameras to augment officer coverage in dormitories and common areas. The cameras have interdicted violence and exploitation of offenders significantly since they’ve been employed. All the facilities over the years have added numerous cameras outside and inside. They also provide incontrovertible proof when assault crimes do occur by identifying perpetrators. This allows us to prosecute those responsible and leads to a downtrend in violence systematically.

Q: What type of technology do you hope comes along in the next 10 to 15 years to help mitigate contraband and keep facilities safe?

Lombardi: The reliance on technology is limited, so it is the evolving understanding of human behavior that is critical to keep our institutions safe and ensure success for offenders when they are released.

Q: In what ways is the MDOC paving the road for a successful future today?