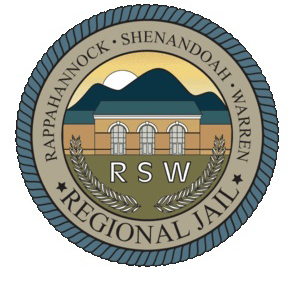 FRONT ROYAL, Va. — Construction on the Rappahannock Shenandoah Warren (RSW) Regional Jail in Front Royal is well underway with a scheduled opening of July 2014. It will serve Rappahannock, Shenandoah and Warren counties and will have the capacity for 375 inmates.

The $52 million facility will replace the current Rappahannock County Jail — one of the oldest in the state — which can only hold about 70 inmates. Robert Mulligan, superintendent of the jail, told Your4State.com that the current facility is out of date and cannot accommodate overcrowding. In recent years, the three counties had been forced to buy beds at different state facilities.

Richmond, Va.-based Moseley Architects is serving as the architect on the project, while Winchester, Va.-based Howard Shockey & Sons is the contractor.

The jail will contain cells and dormitories to house inmates and will also have support space, which includes food service, laundry, intake and release, medical services, recreation and education, central storage, visitation, magistrate, administration and staff services. The design team created a facility with a commercial building appearance to mimic the look of surrounding structures and to complement the Highway Overlay District zoning. The building is planned to have one- and two-level areas, totaling approximately 175,000 square feet.

The design incorporates computer-controlled plumbing that prevents toilets from being deliberately clogged, 70-square-foot cells containing two bunks with pre-installed stainless steel fixtures and recreation areas with stainless steel screen roofs where inmates are exposed to daylight. The facilityh will also feature a separate living area for inmates on work release so they won’t be in contact with the general jail population, which will cut down on the possibility of an inmate trying to smuggle materials in or out of the facility.

An initial staffing plan for the 375-bed jail has approximately 95 employees in the building each day covering shifts for the 24-hour facility. The regional jail is currently in the hiring process to hire 35 officers and five administrative positions within enough time of the July opening to allow for training. The 35 recruits will need to attend an 11-week training course at the academy to earn certification that allows them to perform the required duties at the jail.

The jail is designed to be LEED certified and will implement high performance and sustainable features including water saving systems. In January, the RSW Regional Jail Authority board voted unanimously to approve a plan to build a wastewater treatment plant on the site of the jail. The plant will treat 20,000 gallons of wastewater from the jail’s laundry facility.

Other sustainable design features include highly reflective roof materials to keep the building cool; vacuum-assisted flushing system that will result in a 40 percent reduction in water use; and increased insulation, modular chillers and energy recovery wheels designed to save 20 percent on energy bills.