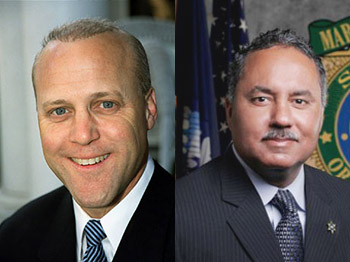 NEW ORLEANS — On April 17 the City of New Orleans and the Orleans Parish Sheriff’s Office signed a partial settlement concerning sweeping improvements to the Orleans Parish Prison (OPP). These changes, required under terms of a federal consent decree, address improvements to both living conditions and management of the facility. Costs for the court-ordered upgrades have been estimated at up to $22 million.

The federal consent decree, which was first approved by U.S. District Court Judge Lance Africk, mandated a number of reforms at the OPP complex primarily related to training and staffing. The facility has also come under scrutiny for inmate violence, multiple inmate suicides, sanitation issues and repeated problems with contraband. These issues, which inspired a lawsuit by several inmates, were exacerbated by the fact that jail employees are often poorly trained and poorly compensated.

In his initial 104-page court order, first released in June 2013, Judge Africk called the consent decree directives “nonnegotiable” and added they were the minimum to meet constitutional standards. “The court finds that the proposed consent judgment is the only way to overcome the years of stagnation that have permitted OPP to remain an indelible stain on the community,” Africk wrote, “and it will ensure that OPP inmates are treated in a manner that does not offend contemporary notions of human decency.”

Judge Africk has also overseen the partial settlement process under which Sheriff Marlin Gusman will be required to add significantly to his staff. Under the settlement terms, the OPP will hire several senior managers, consultants, a human resources director, a compliance coordinator, classification manager, grievance coordinator and policy and procedure developer by prearranged dates. Gusman will also be required to submit regular progress reports on the department’s reform efforts to the mayor’s office and a consent decree monitor.

The estimated $457,400 needed for the new administrative hires will come from monies already given to the OPP by the City of New Orleans, which under state law is required to contribute funding for inmate care. The city will also earmark roughly $70,000 toward the purchase of new technology and computer equipment at the jail. The has already city dedicated $1.8 million to the Orleans Parish Sheriff’s Office for the current fiscal year, $950,000 of which remains. Sheriff Gusman said he would like to use a portion of those funds to hire 93 new deputies by the end of the current fiscal year.

Perceived responsibility for funding and operation the OPP has resulted in years of push and pull between the city of New Orleans and the Orleans Parish Sheriff’s Office. New Orleans Mayor Mitch Landrieu has contended that mismanagement and faulty leadership, rather than lack of funds, is at the root of the jail’s issues. Meanwhile, Gusman has countered that Landrieu’s own lack of leadership, as evidenced by the mayor’s insufficient jail funding, has contributed to the jail’s deterioration. Gusman has also accused by Landrieu of moving too slowly on reforms, increasing risk to inmates.

Though this partial settlement marks significant progress, work still needs to be done to improve conditions and operations at the OPP. Speaking with a WDSU News reporter on April 17, Sheriff Gusman said the department still aims to improve both medical and mental health services at the OPP, and is prepared to work with the city to find a funding agreement