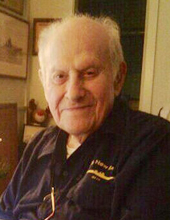 Prolific architect Walter Sobel, who designed courthouses throughout the United States, Canada and the Virgin Islands, died on June 11 at the age of 100 in Skokie, Ill. Sobel studied engineering at Northwestern University and at the Illinois Institute of Technology before working for architecture firms in Chicago and Detroit. Sobel founded his own firm after returning from WWII, which he maintained until 2000. He was also an architecture instructor for many years at IIT, and was involved in the programming and design, either as a consultant or architect, for approximately 250 courthouse projects. Sobel also edited two books on the subject of courthouse design, and was a fellow of the AIA, a recipient of the IIT Alumni Medal, and served as the president of AIA Chicago.