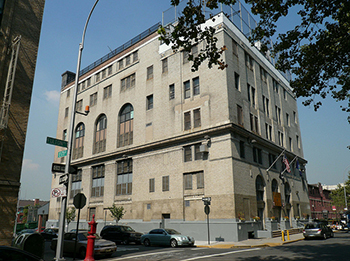 “Turning a prison into a reentry center for formerly incarcerated men and women is truly turning swords into ploughshares,” Elizabeth Gaynes, executive director of the Osborne Association, said in a statement. “We are sending a strong message that families affected by incarceration are assets to our community and our returning citizens are welcome home.”

State lawmakers first paved the way for the facility’s move toward reentry in 2013 by passing the Public Protection and General Government budget bill. According to a March 2013 release issued by Senator Gustavo Rivera, this bill included the transfer of the Fulton Correctional Facility to the Osborne Association, and extended various criminal justice and safety programs. A further gift of $657,000 from the Bronx Borough President’s Office, as well as $48,000 from the Thomas Mott Osborne Memorial Fund, helped the organization meet its $6.705 million redevelopment goal.

"I am particularly pleased to report that the Fulton Correctional Facility in the Bronx will be transferred to the Thomas Mott Osborne Memorial Fund to be converted into a comprehensive reentry center," Senator Rivera said in a statement following the 2013 vote. "The restructuring of the Fulton facility will provide thousands of Bronxites transitioning back into society with the necessary resources and skills to be productive members of the community."

“The restructuring of the Fulton Correctional Facility is great news for the Bronx,” said Bronx Borough President Ruben Diaz Jr. in a release. “Transforming this structure into a re-entry facility will provide Bronxites who are transitioning back into society from prison with the necessary tools and resources to succeed and become proactive members of our community, while at the same time helping strengthen our neighborhoods with hardworking members of society.”

The Osborne Association has dedicated the past three years to converting the seven-story brick structure, which was initially built in 1906 to house an Episcopalian church. Over the years tenants also included a nursing home, drug rehabilitation center and the Bronx Jewish Center. In 1975 the state converted the facility into a medium security prison, but closed it in 2011 in an effort to save tax dollars. The Osborne Association expects the new reentry center to open by late 2015.