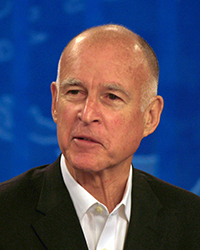 SACRAMENTO, Calif. — Changes to California’s prison realignment funding formula based on poverty rates and the effects of state prisons on the counties in which they are located will result in correctional funding boosts for several counties. These funds will provide more support for jails and probation programs, and could be used to increase beds or expand efforts to end recidivism.

These alignment funds will particularly impact counties in the San Joaquin Valley. Merced County will likely see the biggest funding increase, as the county’s realignment funding will jump 24 percent from just $6.3 million for the 2014-2015 fiscal year, to $7.8 million for FY 2015-2016, according to The Fresno Bee. Similar increases were also allocated to Fresno, Madera, Kings and Tulare counties. Those counties will receive an additional 12 percent to 17 percent in funding above their previous awards in the coming year.

Speaking with The Fresno Bee, Fresno County Administrative Officer John Navarrette said the county deliberated on the new funding formula for about two years. “We perceive that we will do far better than under prior allocations,” Navarrette said.

The state’s prison realignment plan has been in effect since 2011, and diverts lower level felons who have committed non-violent crimes to county facilities rather than the state’s already crowded prisons. Funding for the program has evolved since its inception.

The state distributed both FY 2012-2013 and FY 2013-2014 realignment funds based on several different formulas, depending on which was most applicable. These formulas included: doubling the counties’ 2011-2012 allocation; updating the 2011-2012 formula with updated population and SB 678 performance data; developing a caseload-driven formula based on the number of offenders the county would be responsible for upon full implementation of realignment as estimated by DOF in 2011; or a formula based on the county’s population of adults ages 18-64.

California’s Legislative Analysts Office (LOA), however, noted several shortcomings in these methods. The LOA published a report in May that said the current realignment allocation formulas offered unclear policy rationale, were unpredictable, and lacked both transparency and incentives to “achieve outcomes that are consistent with legislative priorities.” Additionally, the LOA said the inflexible system would “not likely be sensitive to future changes affecting counties, such as increases in crime” if used in future years.

The LOA report urged the state to increase legislative oversight of realignment funding and evaluate a new allocation formula based on county need, predictability, transparency, flexibility and incentives. It urged the state to include factors such as both incarcerated and post-release caseloads, local resources and a metric that would reward county success. The analysts also proposed establishing minimum funding levels for smaller counties to avoid significant fluctuations, and periodically weighing other factors based on relative importance. These recommendations are reflected in the new allocation formula.

Meanwhile researchers Mia Bird and Joseph Hayes of the Public Policy Institute of California published a November 2013 report that proposed rebalancing the weighting of both the projected realignment population and the county’s adult population. The model also allowed adjustment for factors such as poverty rates and rural population, and offered recidivism reduction incentive bonuses.