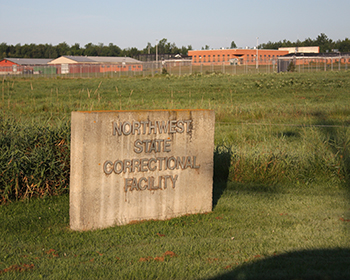 The 2012 law established a phased-in timeline that will eventually ban all recyclables and organics from state landfills. Baseline recyclables and food scraps from all large generators, those creating two tons of waste or more per week, located within 20 miles of a certified composting facility will be diverted starting July 1, 2015, according to a statement issued by the Vermont Department of Corrections.

“We applaud the impressive work of the Northwest State Correctional Facility,” said Agency of Natural Resources Secretary Deb Markowitz in a statement. “The facility provides a model for businesses and institutions currently navigating options for meeting the requirements of Universal Recycling. It’s wonderful to see the Department of Corrections set the example.”

Following the passage of the Universal Recycling law, the Northwest State Corrections Facility was outfitted with containers and sorting systems to collect and properly separate all baseline recyclables, which include metal, glass, certain plastics and paper and cardboard products. All food scraps are now reserved for composting.

After sorting, the recyclables are transferred to the Chittenden Solid Waste District’s materials recovery facility, while the food scraps are diverted to Green Mountain Compost. This sorting system is now being instituted at each of the state’s correctional facilities.

“We’re proud of the staff at the Northwest Correctional Facility,” Department of Corrections Director of Facilities Mike Touchette added in a statement. “Our success is the result of significant collaboration between corrections, the agency, our local solid waste district, hauler and composter. It is remarkable what can be accomplished in a short amount of time through cross-cutting partnerships.”

The Washington Department of Corrections was tasked by then-Governor Gary Locke in 2002 to conserve resources, limit waste, invest in green construction and increase recycling efforts. The directive grew into the Sustainability in Prisons Project, run jointly with Evergreen State College.

Today, sustainable operations in Washington’s prisons range from small scale, to industrial-size, state-of-the-art operations. All state facilities have implemented sustainable operations programs in waste sorting, composting, recycling, gardening, water and energy conservation, green purchasing and more, according to the project’s website. A program has even been established to restore bicycles for reuse.

This initiative has also inspired other departments and facilities across the state to embrace sustainability. In February 204, the New Mexico Corrections Department began converting food waste into fertilizer and used inmate towels into stuffed animals. Meanwhile, the wood from leftover pallets is now being used to make children’s toys, with a goal of helping inmates to learn trades.