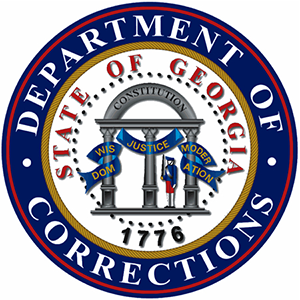 FORSYTH, Ga. — The state of Georgia is taking inmate education seriously. Building on the success of a pilot program that offered inmates at the Lee Arrendale State Prison in Alto, Ga. the opportunity to earn their high school diplomas, correctional officials are now working to take the initiative statewide.

Approximately 250 educators and support staff will soon instruct Georgia inmates earning their high school diplomas as part of a prison-based charter school program. The program officially kicked off at the Burress Correctional Training Center in Forsyth, which serves male inmates, earlier this month. This is the second phase of a project that began at the Lee Arrendale facility, where 19 female inmates earned their high school diplomas through the Mountain Education Charter High School based in Cleveland, Ga., in July.

While many correctional facilities offer inmates the opportunity to earn a GED, Georgia correctional and educational officials believe a diploma will serve inmates better upon their release, especially when it comes to college and university admissions and finding gainful employment.

Researchers at the Rand Corporation also found in 2013 that inmates who participate in correctional education programs have 43 percent lower odds of returning to prison than those who do not, and that post-release employment rates were 13 percent higher among inmates who participated in either academic or vocational education programs than those who did not. Currently roughly 30 percent of Georgia inmates have a high school diploma, and the state’s recidivism rate is approximately 30 percent.

Buster Evans, a former educator who now serves as Georgia’s assistant commissioner of inmate services, helped spearhead the diploma program as a method of improving inmates’ odds of success post-release. After witnessing the program’s first graduation at Lee Arrendale, Evans told Habsersham Now that the program had already exceeded expectations, and that its success gave the department a chance to expand educational opportunities. “To see our ladies overcome their pasts to create a new future, for me, is one of the greatest experiences of my professional career,” Evans added.

Aug. 27 marked the first day of classes at the Burress Correctional Training Center, though the program celebrated an official kickoff on Sept. 17. Inmates there will earn their high school diplomas through the Foothills Education Charter High School, which already has experience working with non-traditional students. Successful graduates will receive an official Georgia High School diploma, proving they have met all state requirements and passed all requisite tests. The Department of Corrections was able to establish the program thanks to a state law that designates the department as a special school district, according to Impact Magazine, a publication of the Georgia Department of Corrections.

Inmates studying for their diploma through the Foothills Education Charter High School will be able to work at their own pace using online learning resources. They will also be paired with Foothills instructors. To date, more than 100 inmates have signed up to begin studies.

Educational programs at Lee Arrendale State Prison also made headlines in April when 21 inmates received a certificate in theology studies, earned through a partnership with the New Orleans Baptist Theological Seminary.